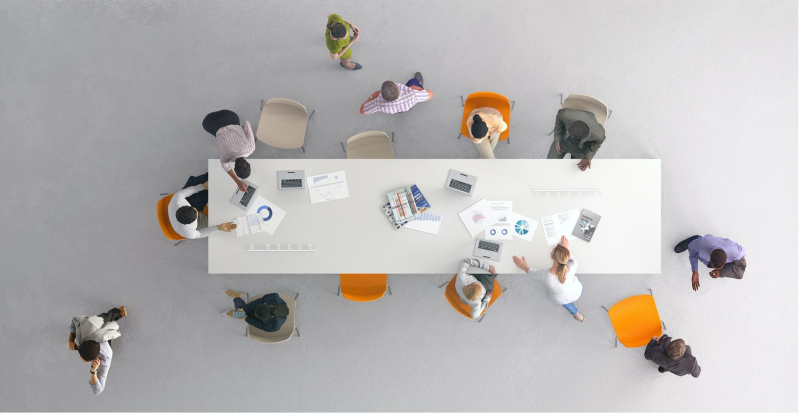 It’s often said that HR has three primary responsibilities, the “three Rs”: recruitment, retention, and redundancy (or Removal!). Of these three, most HR departments seem to focus predominantly on the first and last of these. Indeed, this is understandable, as the middle one, retention, is by far the hardest to master.

Frankly incredible financial resources are going into recruitment, including payments to agencies and generous packages to secure top talent. Similarly, employee turnover rates in the UK are at a record high of 57.3% according to ApolloTechnical, which means more redundancy and more requirement to fill those empty seats. Some of that is to do with cost-saving in our era of uncertainty, aka organisations making employees redundant at a rate not seen since the economic crash, but even if we strictly limit it to voluntary turnover, the rate is a solid 25%. TeamStage figures are even bleaker, suggesting 81% of employees are “considering quitting their jobs”.

But why are so many people leaving or considering leaving their jobs? And why are so many employees deemed so unproductive as to be worth getting rid of? Surely, if money is an issue for organisations, then more bodies is a good thing as it theoretically means more productivity, even if some of those bodies are not performing at the very top level?

The answer to all these problems lies in motivation. Motivated employees not only pull their weight (studies reveal they can be up to 16x more productive—let that staggering statistic sink in), but they also tend to stick around because they are energised and fulfilled by what they do. There is, therefor, no question that the key to cracking employee retention is in motivation.

This seems simple. “All I need to do, then, is motivate my employees!” I hear you say. But sadly, if motivation were simple, then we would not have had a century or more of literature, research, and “experts” trying to pin down exactly what motivation is and how it works. In addition, organisations would not be in such a dire state. Recent research by TeamStage in their “Motivation Statistics: Numbers In 2022” paper reports only 15% of employees worldwide feel engaged! How, with all our research and knowledge and the growing awareness of things like EQ and mental health, could we have gotten it so wrong?

The answer is that motivation is still not fully understood, principally due to several popular-culture ideas that have arisen around motivation. For example, if we look at the common motivational strategies (or in other words: employee retention strategies), they are usually centered around one of two things: one-off events or lifestyle improvements.

The first of these approaches generally take the form of motivational speeches (they get in a guru to talk to employees about a relevant topic and “pump up” the staff), activity days (paintballing seems to be a common choice), or parties! Whoopee!

While none of these are bad in and of themselves, the problem is that their impact doesn’t last. After a week or two of being fired up, things go back to normal. I have heard stories, that would be funny if they weren’t distressing, of bosses taking their employees out on these fantastic activity days only, the very next morning, to grill them based on some performance issue. Not very motivational, as I’m sure you can imagine, and it totally undermines the benefits of putting on such an event in the first place!

To use a perhaps controversial metaphor, if you want to fix your company, to motivate your staff, you have to approach the organisation like you would a recovering addict. It’s very easy for an addict to remain clean—to behave differently—when they are whisked off to a facility and have no contact with their former world. But as soon as you drop that person back into their old world, the old habits come back and re-form. The change has to happen in the office environment. You can go on as many away days as you like, but the hard work is building this change into the fabric of every-day reality.

The second of these approaches is when the office is updated with various glamorous features: gaming consoles, for example, or special food cooked by an in-house chef, or gym facilities employees can use any time. The problem, here, is that the joys of luxury and extravagance—as anyone who has ever enjoyed a degree of wealth will know—wear off. If you only drink champagne and eat caviar even that becomes boring after a while! In the words of Sherlock Holmes, “The mind rebels against stagnation”. The one possible exception to this rule are those strongly motivated by The Defender, which values security and predictability, but even The Defender will leave their job if they feel that it’s all top-show and there is no deep, underlying security.

Sure, having foosball tables and gaming consoles is nice. But they’re just things. People will enjoy them for a while, but then move on. Even the Builder motivator, who likes to see material manifestations of success (the house, the car, the cash), will tire of glamour if there’s nothing in the organisation stretching them or appealing to their competitive spirit. Long ago, GK Chesterton observed: “The typical modern man is the insane millionaire, who has drudged to get money, and then finds he cannot enjoy even money, but only drudgery”. Material glamour may distract for a while, but eventually the deeper currents of human motivation will pull people towards something that rewards them at a deeper level.

If you want commitment from your employees, and have tried the former two strategies without success, it’s time to embrace the power of motivation; real motivation, not just “motivational speeches” (what in my younger day used to be called “Ra Ra motivation”) or one-off jolts of electricity to try and galvanise the corpse of your de-motivated workforce.

To do this, you have to touch on each of the nine motivators. In other words, you have to provide incentives that correlate to each of the nine drivers informing human behaviour. Whilst this may sound like a lot to do, the truth is it’s easy because with Motivational Maps we now have clear insight into what these nine drivers or motivators are. And it is probably going to be a lot cheaper than taking all your employees on an all-expenses paid trip to Dubai or hiring Tony Robbins to give a talk!

What, then, are these 9 motivators and how do they link with sustaining team commitment? In part 2 of this article we’ll look at them in a lot more detail.

Find out more about the nine-motivators, and how you can discover what specifically motivates your employees, by going to www.motivationalmaps.com or contact one of our expert Motivational Maps Practitioners and also consider reading Mapping Motivation.