Can how we see ourselves have an influence on what motivates us? 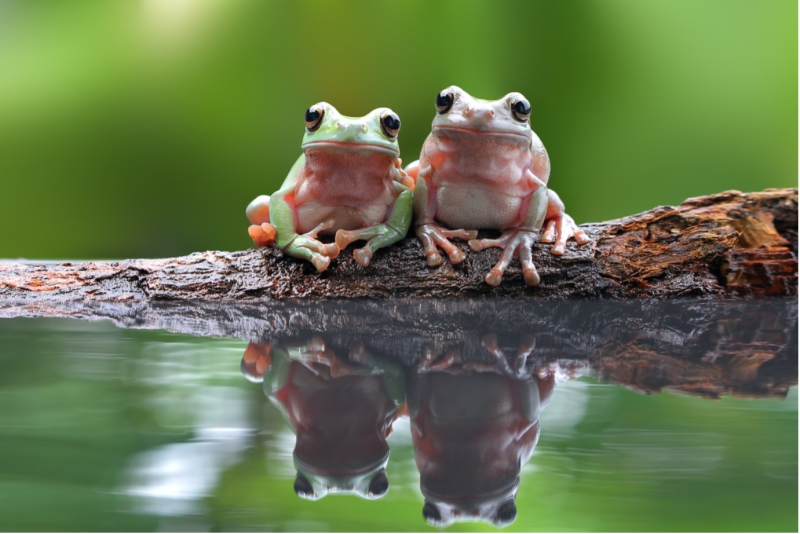 We’ve been looking at what the three elements of motivation are. In Part 2 of this series, we considered the element of personality. We established that it was relatively fixed, but since it only contributed somewhere between 20-30% of the motivational mix, then motivation itself was more fluid, more changeable than personality alone could account for. Also, we said that because personality was more or less innate, it had a ‘past’ perspective: it was a component of our motivation which came from our origins as a person as it were.

Now we need to go forward to the present time, and here we find the element of the self-concept. Essentially, how we see ourselves has an inordinate influence on what motivates us. The self-concept is how we see and feel about ourselves; ultimately, what we believe about ourselves and who we are. The importance of beliefs cannot be overstated, for in its watered down version, as Henry Ford commented: ‘if you think you can or you think you can’t, you’re probably right’! In other words, thoughts and beliefs are often self-fulfilling prophecies: our own beliefs determine what will happen to us. Furthermore, they profoundly affect our motivations. The mere fact of believing one is an effective and efficacious human being means that one is far more likely to be energised at waking – that is, motivated – than if one thinks, ‘What’s the point? I never succeed’.

The famous psychologist Carl Rogers suggested that the self-concept had itself three distinct and distinctive components. They are the self-image, the self-esteem and the ideal self. You will notice that the three components also tend to have a primary tense within which they operate: the ideal self (who we want to be) is future orientated, the self-image (how we see our self now) is present tense, and the self-esteem (how much you like yourself) is past because it builds on all the feelings we have about our self. This does not detract from the central point I am making, for as I said about all three elements, they interact; and so within the self-concept there is a constant intermingling of the three components, and so change is possible. But what is critical here is understanding our self-image, or our view of ourselves at the critical moment we call ‘now’! 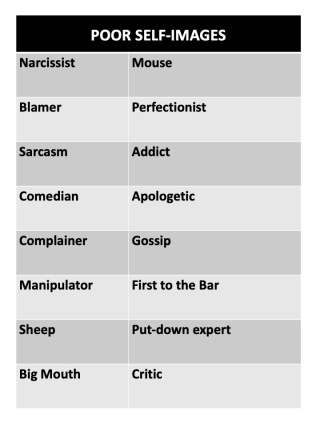 If we look at this cross-section of poor self-images we may notice two things. The first is that we probably know somebody, or knew somebody in the past, for whom the descriptor is particularly apt. Second, that when we think about it, such self-images must be de-motivating, not only on others, but on ourselves, because they require so much energy to maintain. Putting on a mask, albeit one we desire, necessitates we hold it up and wear it at all times; we are no longer operating from our natural or true self and this depletes us. Indeed, it hardens us – we ossify in some curious way that ultimately blocks our vital impulses, and these of course are responsible for our joie de vivre; for the satisfaction of deep motivators leads to joy, but if we have a false self-image we must, by definition, be attempting to satisfy motivators we don’t actually have! What could be more pointless? And yet, sadly, which is common practice.

Perhaps, looking at the list, we see some of the traits are more social – for example, ‘first to the bar’ – and others are highly prevalent in organisational contexts – for example, perfectionism. Keep in mind that every false self-image has a ‘pay-off’, that is, a purpose or gratification that the individual seeks to obtain. Perfectionism may have several: the false self-image that ‘I don’t or mustn’t make mistakes’, or ‘I have absolute standards’, or even ‘I work harder than anybody else’. These clearly are beliefs which are forming – or skewing - part of the core self-image and so affecting their motivational profile.

If we think about it, ‘dilute’ would perhaps be the best word for the effect of these false beliefs: for what is the motivator for desiring not to make a mistake? Expert – knowledge? Searcher – making a difference through unremitting accuracy? It certainly cannot be Creator, for all creativity involves mistakes along the way. Defender, then – double-checking that everything is ‘right’? Clearly, the belief in the false self-image isn’t a real motivator at all, and neither does it feed a motivator. It is like a parasite feeding off the central nervous system; and will certainly lead the perfectionist to burn-out, exhaustion, and possible collapse as the weight of the impossible gradually increases to breaking point.