Home Archives Profile Subscribe
INTERVIEW WITH A BP #11: CASSANDRA ANDREWS
MOTIVATION & THE CENTIPEDE or 'taking care of the details'...

MOTIVATION & THE DEVIL or 'the secret of demotivation'... 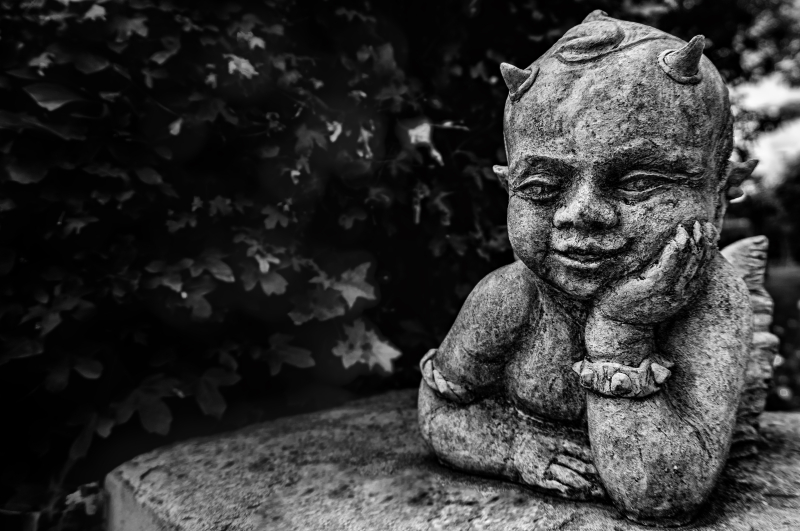 There are two distinct camps emerging in the world of business development. Firstly, there are those who believe that technology (AI, robotics, etc) is going to solve all of their business’s problems. For them, there is sadly little hope; they are in a hell of believing the future is always around the corner, the water nearly within reach, but never quite getting there (see the myth of Tantalus!). Certainly we need to update our businesses from time to time and explore what opportunities technology might bring, but there are problems technology cannot address, and never will, no matter how sophisticated our computers become. The second camp are those who are increasingly beginning to wise up to the idea that improving structure, strategy, or systems is one thing, but unless the people can ‘perform’, all their labour is in vain. Even in times of crisis, where performance is partly motivated by necessity, we recognise its tremendous value. People who can perform, despite the lockdown, despite the fear and obstacles, are indescribably valuable. They can keep entire organisations afloat with the value they generate!

Great businesses can nurture and encourage their staff to continue to perform despite these trying circumstances; this is likely to create loyalty and engagement, and lead to retention. And believe me, even now, where employment prospects are slim, maintaining staff is still a priority. I’ve encountered several businesses who have handled the lockdown so poorly they’ve had all their staff jump ship, leaving them rudderless and powerless. They left people feeling so undervalued, and unable to perform, that they would rather risk the uncertainty of a job search in lockdown than stay a moment longer. Now that is truly awful!

Naturally, people performing begins at the top. As the great Quality guru, Crosby, once put it: “Good ideas and solid concepts have a great deal of difficulty being understood by those who earn their living by doing it some other way.” Those at the top can be the most averse to realistically appraising themselves. But if they don’t, as sure as night follows days, neither will their staff.

Furthermore, given the importance of people to our long-term success, it really does pay off to consider recruitment, retention, and reward in-depth, and go on considering it. Paraphrasing Sun Tzu, Krause observes: “Leaders who complain about morale of their employees evidently do not realise that employee’s morale is a mirror of confidence in their leadership.” If we substitute the word “morale” for “motivation”, then we can see even more clearly how this applies. We often see this disparity in the results of Motivational Team Maps, where we find that the motivation of the team-leader should be higher than their staff, but often is not, which explains the negative trajectory of the team’s performance. This is a painful realisation for many, but if we can courageously accept the lesson it teaches, we are on the way to significantly improving our approach to people.

But how do we get the best performance out of people? How do we “nurture” them even in these trying times? Well, naturally, I think the key lies in motivation. Maintaining the motivation levels of our staff, of all levels, should be our number one priority, especially given the uncertainty of the future ahead. There is a folk story that illustrates this principle; it goes something like this…

The Devil realised he was never going to win in his battle against God, so he decided to throw in the towel. To this end, he held a car boot sale in order to flog off all his tools and assets.

The day came – it had been well advertised – and various colleagues and peers turned up looking for bargains. And, boy, were there some bargains!

There was this sharp, shiny, pointy spear called Pride that could shatter anyone’s armour. Very expensive, but a tasty piece of equipment.

Alongside this there was a mace with strange eyes set all around its head, so that it could see, in three-hundred-and-sixty degrees, everything that was going on around it; sometimes, if the mace spotted something it didn’t like, it would swing of its own accord. This was Envy.

All in all, the Devil had some fantastic, high-tech equipment – stuff that could really mess people up. All of it was very expensive. His colleagues were standing there, drooling over it, wondering which pieces they could afford to buy.

But in the centre of the collection was a large, nondescript, blunt, lustreless piece of metallic tubing – its only possible use was as leverage.

Beelzebub said, “How much is that old piece of junk?”

The Devil smiled and quoted a price. There was a gasp all round – the price he asked was worth more than all the other pieces put together.

“That,” said the Devil, “is Demotivation. Without it, none of the other tools work. When I want to tempt someone I always start with Demotivation. Buy it and you’ll see.”

When we are motivated, it inoculates us against negative emotions, against the bad experiences we have during the day, against doubt and fear. To continue the analogy of the story, when we are demotivated, we are more vulnerable to the Devil’s temptations. Nothing in heaven or earth can entirely remove the nagging voice of doubt in our minds. We’re human, after all. If we aren’t questioning ourselves, then are we truly thinking at all? But, the sway that nagging, doubting voice has on us is directly influenced by how motivated we are. When we’re highly motivated, we can tell the voice in our head, The Devil, that he’s wrong: we are good at what we do, we are going to succeed.

Motivation is energy, as I have often reiterated, and energy gives us resilience. Resilience is often described as our ability to “bounce back” from setbacks, but we cannot bounce back unless we are truly motivated and energised. Demotivation leads to low energy. Again, this leaves us vulnerable to The Devil’s metaphorical temptations. For example, if we are exhausted every day, are we likely to go for that run to keep our fitness up? Are we likely to put in those few extra hours to make sure the project is “done right”? No, we’re likely to cut corners and take the “easy path”, as Yoda might say.

Anyone who has ever witnessed the affects of Demotivation on staff will know that it’s far more disastrous than lack of skills or knowledge. People without “hard skills” can be taught them. In fact, even soft skills can be taught to a degree. Clinical psychologists go through a vigorous seven year (and sometimes more) training programme which teaches them how to listen, how to ask the right questions, how to empower other people and validate their ideas (but also politely and gently challenge self-destructive ones). But motivation cannot be artificially instilled; it has to be implemented and worked on. If we fail to do this and become demotivated, nothing: no training, technology, or pep-talks will be able to get us to perform, and we lose our inoculation against negative thought patterns and damaging emotions that can lead to even deeper problems.

So, don’t let the Devil destroy your business. Use Motivational Maps, and kick him back to hell!

You have got to love a good story...and this is a great one! Motivation matters and it can be measured.

Thanks Rich - you are so right!