MOTIVATION & THE CENTIPEDE or 'taking care of the details'... 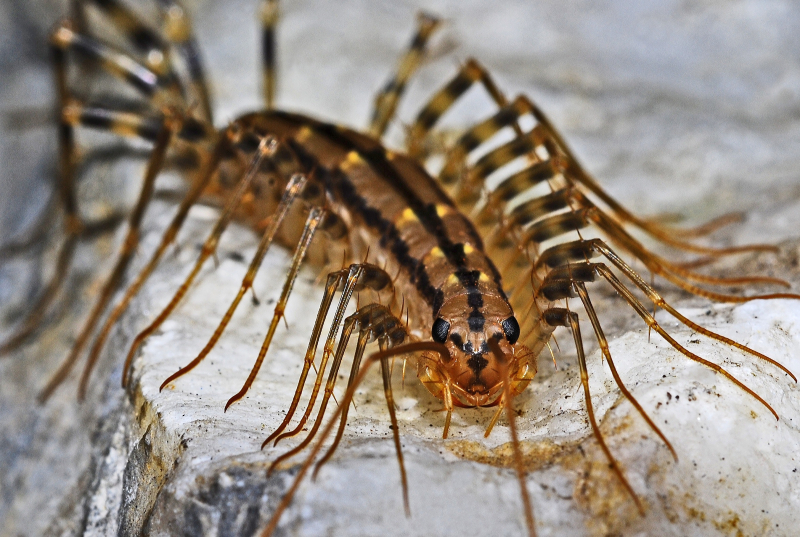 In the words of Sir Arthur Conan Doyle in The Memoirs of Sherlock Holmes, “It has long been an axiom of mine that the little things are infinitely the most important.” We see this time and time again where one small overlooked element causes the whole house of cards to come crashing down. It is often in the small things that the telltale signs may be read about the state of an organisation or relationship’s health. We have to get the small details right, and in doing so, will often fix the big things.

Take motivation as a case in point. For many organisations or leaders, motivation is considered a relatively unimportant factor, a “nice-to-have”. If they’re making profit, and everyone is being paid on time, then surely the minor issue of a few disgruntled employees is no major issue? Of course, they fail to see that over time this “small” issue will become a major one, and indeed, if it is not redressed, possibly cause the collapse of the organisation. In addition, the issue of staff motivation, whilst on the surface seeming to be purely a “people” or “HR” issue, will in fact cause knock-on effects in every other department and facet of the business. Demotivated people don’t sell, which leads to loss of revenue. Demotivated people leave, which leads to the extortionate costs of recruitment multiplying. Demotivated people spread bad press, such as “It was awful working for XYZ, don’t apply for a job there.” Or, in some ways even more disastrous, “Don’t by XYZ products, they mistreat their staff!” This is detrimental to the strength of your brand, loses even more revenue, and closes down new opportunities. As you can see this “small” issue of motivation, left unaddressed, suddenly affects everything and everyone.

Of course, motivation is particularly important to me, but motivation is not the only “small detail” that can make a colossal difference to your organisation. There are many small upkeep factors that we must pay due attention to. In the light of Covid, and all the big things going on in the world, we are more likely than ever to overlook these small things as we’re overwhelmed with these crises and large challenges. However, arguably, it is still more important to focus on the little things; we have no control over Covid, after all, but we do have control over whether our staff feel valued and rewarded, whether our website is optimised, and whether we decide to put those extra-personal touches in all we do, in relation to customer-service or otherwise!

This principle is not only true of the business world. We can see it in our personal relationships and self-development as well. When you think about your relationships, whether friendships, family relationships, or romantic ones, don’t the small details count for so much more? It’s the little things our partners or friends do that make a difference to us day-to-day. When the little attentive things stop, often this precipitates a serious calamity or deterioration in the relationship.

Likewise, when we think about personal development, it’s the little things we do – a ten-minute yoga practice each day, a mindfulness or meditation routine, a regular creative practice – that becomes transformative over time. Don’t get me wrong, I love a good bootcamp, where you go away for three weeks and study or train in an intensive fashion. But the learning we acquire from a bootcamp cannot be maintained without these small habits and elements in place.

There is an American story I came across a while ago and love, that illustrates this attitude perfectly, I’ll share with you now…

One day, not so long ago, two teams of animals decided to compete to see who was best at football. It was a case of the large animals, The Lumpers, versus the small ones, the Tiny Team. Elephants, rhinos, hippos, lions and tigers versus rats, skunks, hedgehogs, frogs and, well, a centipede.

Naturally, there was a lot of animosity and name-calling.

The day arrived. The coach for Team Tiny was very excited.

“Go out – give it everything you got,” he said. “Remember – you can do it – believe in yourself.”

So out they went.

They returned at halftime, bruised, crestfallen, and down 3-0. The rhino (the elephant’s run always tended to peter out) – once he’d gotten up steam – was unstoppable. But the Tiny Team’s coach was a real motivator.

“Go on,” he said. “Don’t quit now – winners never quit and quitters never win. Visualise that ball going in the back of their net – next thing, you’ll see it happen!”

So out they went. The game had barely kicked off when the rhino got possession and charged straight at goal. He was in the penalty area and on-side. The goalkeeper – the frog – had simply jumped aside. All the rhino had to do was shoot… when suddenly there was a green flash. The rhino, hypnotised, crashed over his own feet. The rest of the players were riveted watching him collide with the mud and into the goal post. Thud! And the ball, it went in the other end. 3-1.

A huge cheer went up.

“Who did that?” cried Team Tiny’s coach in ecstasy.

“Got ‘em that time, coach,” yelled the centipede.

“Well done, centipede, keep it up,” beamed the coach.

“Right,” thought the tiger. A neat bit of paw and claw work later and there he was, open goal in front, when … whoosh … a green blur, and suddenly a goal for the Tiny Team. The tiger hadn’t even felt the ball leave his control. It was now 3-2.

“Who did that?” cried Team Tiny’s coach.

“Well done, centipede, keep it up.”

Now the lion – who always saw himself as a cut above the rest – was really hacked off. He made it his personal business to score (usually he couldn’t be bothered). One roar and the small animals vacated the pitch on mass. He was just about to put it in the back of the net when … whoosh, green lightning … and the score was 3-3! Unbelievable!

“Who did that?” roared the coach.

“Well done, centipede, keep it up – we can win this one,” said the coach. Then a quizzical look came over his face. “By the way, centipede, where were you in the first half?”

The centipede replied, “Putting on my shoes, coach.”

You see, the best vision, the most sublime goals, the most wonderful exhortations and inspirations in the world won’t work unless… we really ensure we’ve taken care of the smallest details! In the centipede’s case: tying their many, many shoelaces!

So, what small details might trip you up – at work, in your relationships, or in your self development?

Here are some typical examples:

In relationships – lack of time spent with a loved person or friend, inattention to others’ needs, critical and blaming spirit, failure to generously praise and encourage.

For self development – lack of exercise, lack of sleep, lack of special hobby/interest, no ‘learning’ stretch built into future programme for your life.

Be honest with yourself – where do you need to tighten your focus? If you’re not sure, then ask someone you trust.

For more information on motivation, why not pick up a copy of Mapping Motivation.