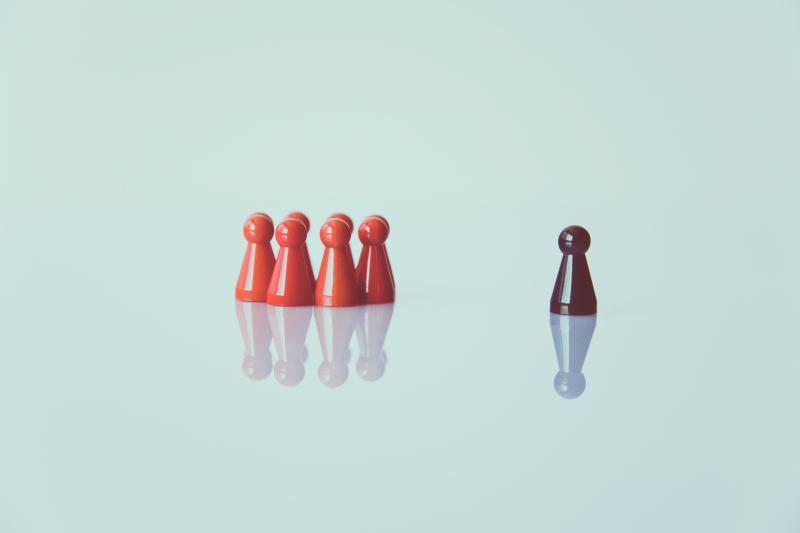 As Marcus Aurelius, the Roman emperor and philosopher, observed: “The secret of all victory lies in the organisation of the non-obvious”. One of the “non-obvious” factors that we come across time and time again when working with businesses of all kinds is that one of the primary responsibilities of a leader is to motivate their employees and teams. This is only becoming more important as the majority of people move to remote-working conditions, where the “buzz” of a bustling workplace can no longer be relied upon to instil energy and confidence.

We have discussed leadership extensively on this blog already, but it is worth recapping just a little bit, because leadership is fundamentally intertwined with teams and team-building.

So, why do team-leaders need to motivate employees? Or in other words, “Why spend time motivating people who are already being well paid to get on with their jobs?” We encounter this sentiment frequently, but if you have been following this series of blogs at all, you will know that the answer is simple: motivation is energy. When we do the things we’re motivated by, then we have energy, which means attention-to-detail, productivity, and polish. When we’re demotivated, we’re just going through the motions; it’s like wading through tar. So leaders, as the “trend-setters” who are hopefully leading by example, must be able to motivate their employees and their teams, as teams play a vital role in any organisation.

But motivation is not just about delivering charismatic speeches or throwing wild parties; these might work for a small minority of people with certain motivational drivers, but certainly not for everyone. Motivation is a subtler art that requires delicate tools. It’s as much about the way you say things, for some people, as what you’re saying. And in some cases, it’s about saying nothing at all and just listening – a fact that is often forgotten by senior management!

In previous blogs we have given leaders tools to be able to measure and assess your teams’ performance in very simple and straightforward ways. In this blog, I want to provide a three more useful tools, all of which involve the Motivational Map of course!

It is important to consider that given teams need a strong remit (as we have discussed in previous blogs), then examining the Motivational Profile of a team is not simply an exercise in determining whether the team is motivated and whether there are an internal conflicts or “red flags”, but also whether the team’s motivational profile is “fit for purpose”. For example, if we need speed in the workplace, then ideally we would like a team with “faster” motivators (generally speaking the Growth-cluster motivators). When we say “faster” or “slower” here, we generally mean in terms of decision-making. Growth cluster motivators tend to be “gut instinct” driven, which means they make decisions fast and instinctively. Relationship cluster motivators, on the other hand, tend to weigh the decisions more carefully. On that note: if we require the team to be thorough, accurate and careful, then a predominance of slower motivators would not be amiss. There is no right or wrong set of motivators here, any more than there is a right or wrong motivational profile for an individual, but context is all-important. As a leader, if you need to determine whether the team you’ve pulled together is appropriate for the task at hand.

Just as in an individual Maps profile, it is worth considering what the dominant motivational cluster of the team is. This not only relates to “speed”, but also many other factors and potential traits. Of course, every Maps profile both individual and team-based will have its own unique cocktail of motivators which can mean numerous different outcomes. The Maps in no way stereotypes or “fixes” behaviours, so we are by no means saying that all outcomes are predictable, but specific drivers are more likely to lead to certain outcomes. As a team-leader, it is important to be aware of this.

When Relationship motivators dominate the team, motivation comes primarily from feeling secure with others orbelonging. Friendship is likely to be a very important part of the team vibe (we have discussed the Friend motivator’s vital role in teams before). A Relationship dominant team will therefore tend to be process and procedurally driven –i.e. efficiency over effectiveness. They are likely to value accuracy and doing things the “right” way. It is worth beingmindful that because they like security and predictability they may shy away from taking risks and avoiding change. This can mean lost opportunities and can effectively lead to a ‘country club’ atmosphere around work that may be underachieving. Could they perform at a higher level by approaching risk and change with a more positive attitude?

When Achievement motivators dominate the team, then motivation comes primarily from control of resources, people and technology, and mastery of the field. They will tend to be results driven and competitive; it’s about the bottom line and measurable indicators of success. Because they enjoy competition and achievement so much, however, they may quickly burn out, as it can be all work and no play. This can ironically also lead to lost opportunities, as well as leading to them missing out on fulfilling relationships within the team, relationships that can also have a significant positive impact on the team’s overall performance when people start cooperating and working together. Lastly, the relentless pursuit of objectives can also drive out creativity and innovation.

When Growth motivators dominate the team, then motivation comes primarily from innovation and creativity, autonomy, fulfilling “the mission” and making a difference. They will tend to be ideas and future driven, individualistic, and concerned with achieving their full potential and being all they can be. Be mindful that with such a growth and self-development focus they are unlikely to be team players by nature. Further, their focus on change and being involved with new things often means details are usually not their strong point; they can initiate ideas and projects, but sometimes fail to finish or follow through.

Finally, it is worth discussing when no cluster is dominant, and the motivators are mixed in the team. In terms of the actual scoring this means that there is narrow range between all three types of motivator, no more than a 4% difference. Remember that context is everything: all combinations have their strengths – and weaknesses. It could well be a strength in which a variety of motivators are effectively deployed through appropriate roles within the team. Alternatively, it could be a complete mess of internal conflicts and lack of unity. A warning sign that the motivational profile needs to be addressed would be that the team is indecisive or uncommitted or even unfocused.

3) IS YOUR TEAM CHANGE READY?

Lastly, I want to talk about the tools that leaders have for assessing whether their teams are able to cope with change. Given the speed of change in our current climate, with new government legislations and rulings, new “normals” we are constantly having to adapt to, this feels more pertinent than ever!

The team map has what we call a Change Index: the property demonstrating a pre-disposition towards change (and actually an attitude towards risk as well; for our purposes these two terms, change and risk, are virtually synonymous). The Change Index is calculated via an algorithm based on a weighting of the motivators, which seeks to establish how receptive a team is to change. Change is not good or bad in itself, but if big changes are necessary – and increasingly they seem to be – then whether or not a team is emotionally ready or resistant to that change is an important factor to consider before implementation; it needs to be taken into account because even the best ideas will fail if the team motivationally or emotionally are not ready to accept them. And let us also be aware: teams that resist changes may have good reasons to do so, and may subsequently be proven right in their opposition if it was a bad idea!

So, now you have three new tools for developing your team! We hope this empowers you and your colleagues to stay motivated during these unprecedented times.