Home Archives Profile Subscribe
WHAT WE CAN LEARN FROM “INCEPTION” ABOUT INSPIRING CHANGE
MOTIVATION & TEAMS: MEASURING YOUR TEAM 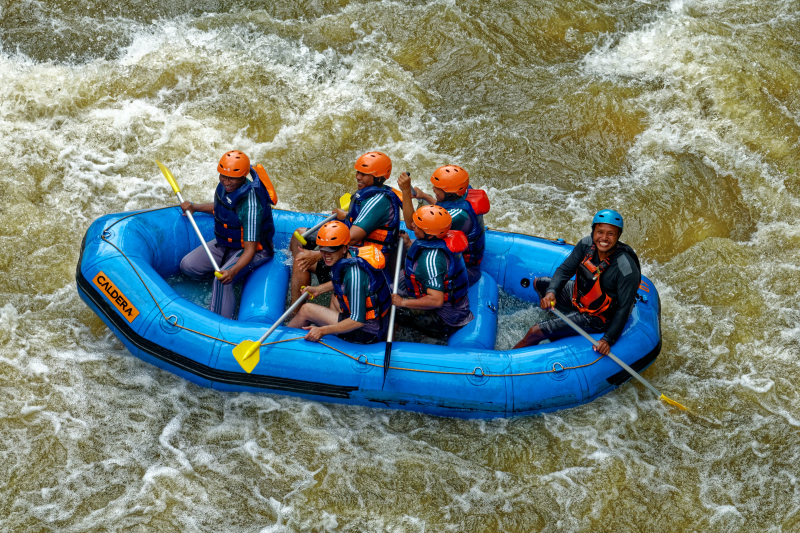 Throughout the history of this Motivational Memo blog, and running through the Mapping Motivation series of books, we have discussed the importance and efficacy of creating, and nurturing, good teams. As stated in the first Mapping Motivation book, “Everybody knows that teams are important because there is a relentless confirmation of this fact in the media, in education, and throughout organizational life. Our everyday expectations are that people should be ‘team players’...” The fifth (and final) Mapping Motivation book, coming out in December 2020, will exclusively deal with teams in all their complex and wondrous glory. So, in order to prepare you for these new insights, I thought it would be worth recapping what we already have learned about teams on this journey.

Firstly, at a very simplistic level, we have to understand that a team is different to a group. A group is a number of people that have been lumped together, either because they are part of the same department, or through some vicissitude of fate (the members of a governing body or association, for example). A team, on the other hand, is not random or haphazard, but knows distinctly what it is. Teams are far more than the sum of their parts. Possibly the best example is that of a football team. We regularly see teams that have hardly a star player in their ranks defeat the giants of Liverpool, Manchester United, and Chelsea – and often it is because eleven players working cohesively can easily outperform eleven players who are not working together, even if the individual talents of the latter are superior.

However, whilst it may be easy to grasp this, I like to make things specific so that we can not only just intellectually understand how teams look and feel, but perhaps understand how they work at a deeper level, and therefore how to create them ourselves! From a Maps perspective, there are four distinguishing characteristics of a team:

1. They have a clear remit or mission

3. They have a belief in the efficacy of being a team and teamwork

4. They are accountable, both to each other, and to the whole organisation

There is much more that can be said about all of these four points (indeed, Mapping Motivation for Top Performing Teams, the final book, unpacks these in exhaustive and original detail), but you can hopefully already begin to see how these factors would shape a group of individuals into a team. As a side note, it is interesting that there is a (popular) sub-genre of Fantasy literature which is sometimes referred to as “men on mission” (forgive the gender bias, as “men” is certainly meant to mean “people”). This invariably sees an “elite team” of individuals assemble for common purpose, go through trials and tribulations together on their “quest”, and eventually see their end goal completed (though sometimes at great cost). The Fellowship of the Ring comes to mind, of course, but we have seen numerous recent examples of this. Virtually every Fast & Furious film is “men on mission”. The Star Wars spin-off Rogue One was certainly a “men on mission” narrative.

What’s interesting is all these “men on mission” stories not only describe a journey towards some end goal or destination, but also the journey of a group of individuals to becoming a team, which is evidently not a straightforward process! If it was, I suppose writers throughout the ages, including myself, would not have written about it at such length!

But what is the journey to becoming a team? Well, a rocky one, to start with. We cannot immediately expect people to work with perfect synergy. There are certain people in the world with whom we might form an immediate connection, but to expect it of a group of people is a mistake! People need time to get the measure of each other, to “suss each other out”, and if we are talking about teams of eight people or more (I would say the maximum is thirteen at a push, and beyond that number sub-teams or sub-groups form as cohesion fragments!), then people will need time to find their place in the group.

The journey to becoming a team can be described by this helpful sequence:

Forming – where people are brought together to undertake some remit

Storming – where there is clash as people try to make sense of the process, but this produces a “dip” in performance as people may reject the process and each other

Beyond ‘Performing’ we have two possibilities. Either the team starts

Conforming – where, if we have failed to give the team further input, they begin to conform and become a clique rather than a real team; the focus, then, rather becomes activities rather than achievements

Transforming – where the team begins to rejuvenate itself and sustain its team qualities, and so becomes capable of further transformative and effective work. This is rare but possible.

If we allow for the fact that things have to get worse before they can get better, and we have the courage to ride through the difficult stages, then the rewards are immense. As I said in Mapping Motivation, “Like anything worthwhile, [teams] are difficult to build and easily destroyed.” But that doesn’t mean we shouldn’t try.

Tags: how to create teams, how to manage teams, leadership, management, motivation, teams