Home Archives Profile Subscribe
WHY MOTIVATION IS MORE IMPORTANT THAN EVER
MOTIVATION & TEAMS: FORMING YOUR TEAM

WHAT WE CAN LEARN FROM “INCEPTION” ABOUT INSPIRING CHANGE 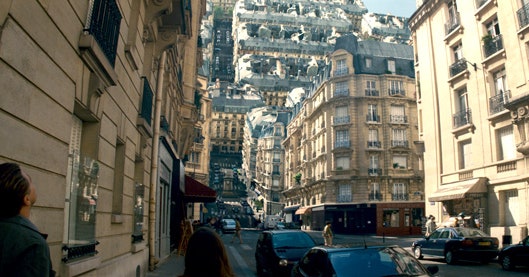 We exist in a time when the world is rapidly changing around us, and we in turn need to change in order to keep up. Organisations are currently in the process of trying to understand what a “new normal” might look, from both a societal and economic point of view (in an earlier blog, I mentioned that the key “missing” ingredient here is the motivational perspective). Whatever our situation, whether we are furloughed and awaiting a return to world, employed but in completely different circumstances to what we’re used to, currently jobless, freelance or self-employed, or running a business, one thing remains clear: we have to find a new way to operate to survive in this climate, whether survival means bringing in sufficient revenue as an organisation, avoiding succumbing to mental burnout and exhaustion, or finding another job.

The problem with change, however, is that so often we think we can just “will it” into being. I’m not even talking about people who daydream and don’t take action. I mean that, even when we take action, often we are unable to fully enact change. Our heart isn’t in it. The changes don’t “stick”. We’ve seen this before. A common example are people on diets, who manage to maintain the diet for weeks, sometimes months, but inevitably fall off. Or very strict exercise regimes, that seem to be so rewarding at first, but ultimately become unsustainable. There are many factors, of course, in why these changes don’t stick. One might be to do with the Japanese principle of “kaizen”. We have a tendency to bite off more than we can chew, which leads to “indigestion” of sorts, whereas if we practice kaizen, taking smaller “bite-size” steps, we might be in for greater longevity. However, I believe that there is one central issue that is deeper and more important than the techniques we deploy to instigate change, which I alluded to by saying “our heart isn’t in it”: we need an emotional experience.

Christopher Nolan’s 2010 thriller Inception is undoubtedly one of the truly great films of the last two decades. However, the reason I believe it to be great is not due to its dream-sequence visuals (although they’re impressive), the stellar performances of the cast, or even the complexity of its narrative. Rather, I think it’s brilliant because it highlights a profound truth that we all need to learn if we are to effectively instigate change, whether for ourselves or in our businesses.

In order to change, we have to have an emotional experience, a catharsis, if you will.

For those who have not seen the movie, the central concept is this: “inception” is a process by which an idea is inserted into someone’s mind by delving deep into layers of consciousness. The aim of our protagonist Cobb, played by the ferocious DiCaprio, is to plant an idea in the mind of a young heir to a global business monopoly (played by the enigmatic Cillian Murphy). The idea is for the heir, upon inheriting his father’s company, to dismantle the organisation. It is Tom Hardy’s character, Eames, who makes the brilliant observation that the idea is “too complex” to be inserted directly and needs to be broken down and turned into an emotion in order to take root. Eventually, they distil it down to the phrase “I am not my father”. Capitalising on the problematic and strained relationship between the young heir and his father, they realise that it is only by creating a healing narrative between father and son that the idea can blossom. In Cobb’s words, “Positive emotion trumps negative every time”. We all yearn for reconciliation. In an incredibly moving and well-acted scene, we see the young heir revisit the moment of his father’s death, but instead hear a different interpretation of the words his father uttered on his deathbed. This becomes the catalyst for change.

Psychologically, this is so true. When we are inspired by emotion, we move effortlessly and with replete energy towards our goals. We can change our behaviours drastically. Though negative emotions can inspire change (think of the images of animal cruelty that inspire people to become vegetarians or vegans), I believe Nolan was right when he said positive emotions are king, and even more likely to instigate longterm transformation.

But how can we do this in an organisational setting? How can we give our colleagues or employees a catharsis that inspires them to change the way they operate? Sadly, unlike in Inception, we lack the technology to enter people’s dreamscapes, and image-streaming an entire organisation would be strenuous and inconsistent to say the least! So, we need another approach.

Of course, I am biased, but I do genuinely believe Motivational Maps is one way to inspire that catharsis, as receiving one’s Map, and gaining self-insight (sometimes it is for the first time for an individual) can be a very emotive experience. Many of the Business Practitioners we have interviewed in our “Interview with a BP” series speak about the “aha” moment with their clients and Licensed Practitioners. It can even be an emotive experience when you subsequently come to do a second or third Map, as the shift in profile can reflect a change in beliefs which is very powerful. Whatever tool you choose to use to inspire, remember that an authentic and inspiring narrative, that reaches people on an emotional level, is far more likely to help your employees or colleagues change than all the data or technology in the world.