Interview with a BP #9 Kathryn Horton

“People say, ‘I don’t like change’ but they have the latest mobile phone! We ask the question, ‘So what’s stopping them changing in this other context?’ Maps helps people to understand themselves in a different way.”

Becoming a Business Practitioner is a big step, but the rewards are also tremendous. We wanted to speak with our BPs and get a sense of what they felt the biggest challenges and rewards of being a BP were, as well as foreground the amazing work they do. This interview with Kathryn Horton is our ninth instalment, revealing the secrets of life as a BP and the incredible difference they make in the Maps community and beyond. 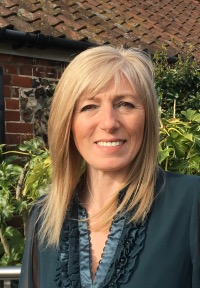 Kathryn Horton is CEO of TurningFactor, working to develop people and businesses by creating behavioural and organisational change. She is a Master NLP practitioner and trainer, psychotherapist, and Business Practitioner of Motivational Maps.

“It’s interesting that both myself and my business partner pretty much share the same Map! And we’ve always said that we get on so well because we’re motivated in a similar way. Before Motivational Maps we wouldn’t have been able to verbalise it like that, we would have just said we’re both driven, want to earn money, and we also like recognition from others.”

It’s interesting that Kathryn mentions verbalising these feelings, because later in the interview, she says that Maps helps her to, “Make the invisible, visible.” The unseen motivators are given a shape and name, so that they can be understood and discussed via a shared language.

“My motivations… I am Searcher. I’m also high Spirit. Builder. Star. Director. So they come up in my tops. As a high Star, what’s interesting with that is I will go out and ask for that recognition. And I find myself doing it. I am a high Builder, which is half the reason why I’m working this business. I want to make money, make profit. The Spirit-Director combination is also really interesting because I do like to control, I like to be in control, but of course with high Spirit I don’t like to be controlled. That also fits perfectly with how we operate the business. That’s why I came out of employment into business as well. I thought, I can do it on my own. I know exactly what I need to do. I’m going to go and do it.”

“I’ve just been saying to someone that I will do my Map again before long because I haven’t done it in a few years. I don’t think it will have changed very much. My motivation will have gone up on some of them because the business has progressed but I don’t think my motivations have really changed. I’m low Friend, my Friend is a 3! I don’t need those relationships. I’m happy for the relationships to stay as they are. I go to work to work, not to be around people. But I’m very aware of that because we have had colleagues who are very high Friend, and I do get frustrated when they go off and make cakes and put up bunting, you know? How much time has that taken you? But I get it. Maps can really help, and certainly helped me, to understand that.”

An oft-overlooked aspect of Maps is that they are not just for clients, but also for practitioners themselves to gain a better understanding, whether it’s of their own motivations, their staff, or the networks they operate in. Maps empowers us with a shared language that is as much about helping the practitioner as the client.

Kathryn was introduced to Maps five years ago. “One of our clients talked about these Maps that they had done. He talked about his profile, which was interesting. A couple of months after that another one of our clients started talking about these Maps. We thought, Okay, let’s go and have a look at what these Maps are and who’s doing them. At that point we got in touch with Bevis (a Senior Practitioner of Motivational Maps). We met with him, and we went through my profile. It was quite a long meeting! And when I saw my profile I was kind of blown away by how accurate it was. That was a really big thing to look at this profile I’d completed and think, That’s absolutely smack on. And I think the bit we were really impressed with was the element of how the motivators were being met. So, yes, that might be what my motivations are, but how well are they being met is a deeper question. And that was a really, really interesting element of the Map. So, from this point on, we thought, Crickey, this is gold dust. Pretty much immediately I became a Licensed Practitioner. This is about 2016 now. My colleague also became a practitioner. We were putting out dozens and dozens of Maps. It took off really quickly. And in these early stages, it was us thinking: How accurate are these? Are we going to find a blip? But it just wasn’t happening. Over the last four years we’ve probably had a point-percent of somebody saying I’m not sure that’s me. Usually it is! It’s more a reflection on the individual than the Map, and trying to explain that to them is the next challenge. The accuracy is incredible. So we then saw an opportunity in other people who were really interested in the Maps, so we thought why don’t we become Business Practitioner? It fits our model. So we started going on the journey to becoming a BP, so we were then able to have our own Practitioners.

Kathryn’s profile really suits her role as CEO of TurningFactor, which is critical, because that is linked with what Maps Practitioners are often trying to achieve with their clients: helping them to find a career, a path, that motivates them. “I think that is the really good thing about Maps. I spent 17 years in the corporate world. I was in Sales. About 2000, I went on leave to have my children, and when I went back into the business, it’d changed and merged with another large organisation. My role changed, and I moved into Learning & Development. Even before I had gone off on long-term leave, I was involved with bits of training. Coming back, they asked me, rather than being in Sales do you want to be in the training of these Sales people? I jumped at the chance. That was pretty much twenty years ago. I got as far as I wanted to get. It was a great job, good prospects. But you know what? My job was too easy! I thought, I could do more than this. 2004 I decided: In twelve months’ time I’m handing my notice in, and I’m gone. I planned everything and left March 2005. The business has changed a lot over the years. TurningFactor came into its true form in about 2010. I knew I wanted to build my own company. We specialise in behavioural change, which is where the Maps really help. My colleague heads up the business-development side, and I head up the people-development side.”

I remarked that it was interesting how frank she had been about the business changing over time. A lot of people think that you come up with a concept for a business and then execute it, but that is rarely the case. “No! It’s not an easy journey for anyone. Not for the faint-hearted. If you haven't got certain skillsets, but more importantly if you haven’t got the motivation, you will find yourself very quickly going back into employment!” I asked if she had any advice for people wanting to become a BP: “Yeah, I think you need to be very well-versed and comfortable that you know the Maps. The training you do will eek that out, but you need to up your game on your knowledge to be able to help your practitioners. Don’t go too quickly from LP to BP because you need to be a bit of a master of your knowledge. Also, what’s your motivation to do that? It’s interesting my Motivational Map, I have high Director, so I do like control. It suits the role and I like that. You have to think about how you’re going to keep in touch with your practitioners.”

“Often when we go into companies, managers will say: we need to get them to do this, and get them thinking about change more, and be more positive, and be more optimistic. All these things they come up with. Look at things from a different viewpoint. Not let things get on top of them! And all of these things, when we talk about up-skilling, are about changing behaviours. If you want to teach someone Sales skills, then they have to pick up the phone, communicate differently. They need to build rapport, build trust. You’re asking them to change the way they do things, change their behaviour. But of course that’s not easy. To be able to change behaviour, the way you do things, you’ve got to change the way you think. Well, now you’re in a minefield!”

“A lot of people change their behaviours every day, but they don’t realise it. So we’re just going out to them and showing them what they naturally do and trying to bring it into their conscious awareness.”

For more information on the work Kathryn Horton and TurningFactor does, please check out: https://www.turningfactor.com