THE LAW OF THREE PART 2: THE SELF CONCEPT 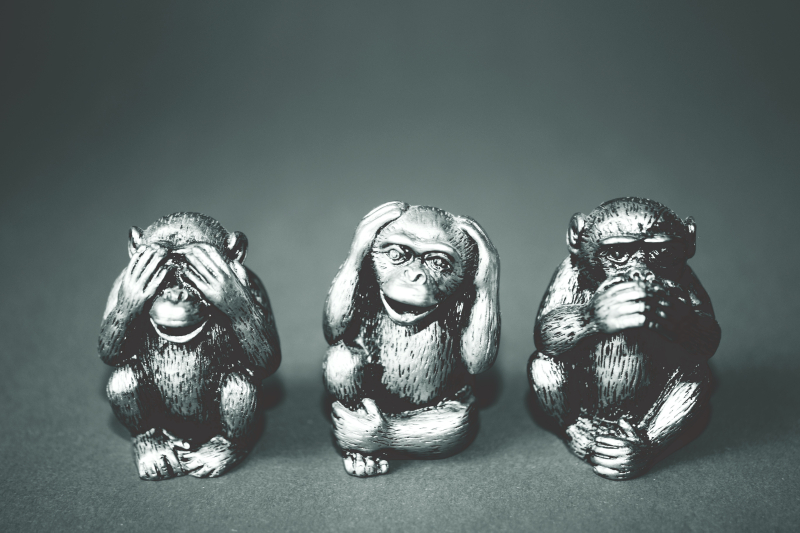 So, straight away, we can see where conflicts and tensions might arise for individuals (and even teams and organisations – but more on that later) when we view this tripartite model. Most people think they “know themselves”, but actually, this is not true. Most people have a blind spot when it comes to themselves (the doctor cannot heal his/her own ailment), and hence their Self Image, or conscious idea of themselves, is at odds with how they really feel about themselves (Esteem).

Our inability to see ourselves as we see others is the reason why we have so many self-help books, personality profilers, psychometrics and diagnostics, and a tendency to over-identify with groups and movements – all to form a sense of identity. Walter Pater, a 19th Century English essayist and art critic, once said: “The first step towards seeing one's object as it really is, is to know one's own impression, to discriminate it, to realise it distinctly. What is this song or picture, this engaging personality in life or in a book, to me?”

One classic example of conflicted Self Concept is that of the depressive comedian. There are two very different selves here. One is garrulous, funny, confident, and can project this in abundance to an audience. The other hates themselves. We are all the depressive comedian to some extent. We have an idea of ourselves that is artificially constructed to preserve our sanity, because if we give in to the nagging force of the unconscious, the feeling state, we might well self-immolate.

The resolution to this is the Ideal Self, the Self that we project into the future. Maybe we can improve ourselves through x and y steps, so we feel better about ourselves, and more accurately reflect our Self Image. This is the fundamental basics of coaching: helping people to take steps toward their Ideal Self. It is also, however, part of working with teams and organisations. Every team and organisation also has a Self Concept. There is a Self Image, or in other words, what the company thinks it is – the content of which is often marketed on websites, social media, and promotional advertising. This is also often reflected in the “core values” that companies like to state (but rarely adhere to). This leads on to the Self Esteem, what the people in the organisation actually feel the company is. Often, it is completely out of whack with the Self Image. For example, the company states a core value as “caring for every employee”, but then proceeds to treat them awfully. Finally, we have the Ideal Self: where the organisation wants to be in five or ten or even twenty years’ time.

To go back to basics, we can see there is also a time correspondence with these three concepts. Self Esteem, for example, is rooted in the past. It is how we feel about ourselves, which is often tied to past experiences. The Self Image, on the other hand, is rooted in the present. It is how we have constructed our identity based on thinking. The Ideal Self, of course, is rooted in the future. As you can see, they also correspond with think, feel, know. We feel Self Esteem. We think Self Image. And we know, with gut-intelligence instinct, our Ideal Self. By understanding the interactions of these three forces, we can better get to the root of the problem.

Stay tuned for the final part, part 3, next week!