Home Archives Profile Subscribe
The 4 Components of Real Teams
THE LAW OF THREE: PART 1 - AN INTRODUCTION TO OUR WEIRD UNIVERSE

Interview with a BP #5: Mark Terrell

“As with every business decision, be clear on where it fits in and have a vision of where you want to take it. Anything worth doing needs commitment and belief for when you’re not making progress as fast as you’d hoped.”

Becoming a Business Practitioner is a big step, but the rewards are also tremendous. We wanted to speak with our BPs and get a sense of what they felt the biggest challenges and rewards of being a BP were, as well as foreground the amazing work they do. This interview with Mark Terrell is our fifth, revealing the secrets of life as a BP and the incredible difference they make in the Maps community and beyond. 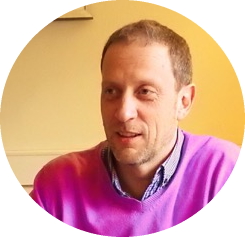 Mark began his journey with Maps after selling his retail business. Mark has a high Creator motivator, which is partly why pursuing a different avenue to the “psychometric route” appealed to him. This is really significant, because most people don’t realise just how different the Maps are to a psychometric test. Psychometrics are prescriptive and deal in behaviours, whereas Maps look at the inner drives. Our inner drives may determine certain behaviours, but they go deeper than that, offering more profound insight into what is really going on, and why people do what they do. In addition, unlike psychometrics which stereotype us based on behaviours, allowing for discriminatory use (for example “You’re not a completer-finisher, so we won’t hire you”), the nine motivators are all equal and serve different functions.

Speaking of inner drives, Mark’s Creator has driven him to progress quickly with the Maps: “I realised I didn’t want to just use Maps, I wanted to spread the word where I saw opportunities for Recruiters, Coaches, and Trainers to offer something different.” From having become a Licensed Practitioner, he soon wanted to step up to becoming a BP: “A year later I took the next leap to become a Business Practitioner and started to grow my team of mappers to spread the word and make a bigger difference in the world. Seeing others harness the power of Motivational Maps in their work adds an exciting dimension to my business mission.”

Mark is also influenced the Expert motivator: “I learn as much from my Licensed Practitioner team as they do from me. As a high Expert I like to spread my knowledge to others but also like to learn from others.” This two-way street is absolutely critical for a healthy Business Practitioner-Licensee relationship, especially where Experts are involved! In fact, this may well be applicable more broadly to any manager-employee relationship. If managers believe they cannot learn anything from their staff, then no wonder staff feel frustrated, and organisations keep making the same mistakes.

“Every time I train a new Practitioner I know that it will help them make a bigger difference to their clients and open up opportunities only Maps can. Growing my Practitioner network gives an added dimension to my business, it's like what they say: 'If you want to go fast go alone, if you want to go far go together'.”

What is "Interview with a BP"