Interview with a BP #4: Connie Cook

“One last piece, which on a personal note is extremely important moving forward – always do what you do because you love it and because you intend to and will always set your team up for success.”

Becoming a Business Practitioner is a big step, but the rewards are also tremendous. We wanted to speak with our BPs and get a sense of what they felt the biggest challenges and rewards of being a BP were, as well as foreground the amazing work they do. This interview with Connie Cook is our fourth, revealing the secrets of life as a BP and the incredible difference they make in the Maps community and beyond. 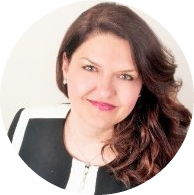 Connie has been involved with People Resources and training and development for over 20 years. Communicating Wisely Ltd proudly began providing successful strategic solutions for individuals and organizations in 2014. She is a professional speaker, trainer and member of the Board of Directors with the Canadian Association of Professional Speakers (CAPS), a certified adult educator, HR professional/consultant, and published author.

Connie believes it is deeply important to consider your motivators before acting, particularly in reference to becoming a BP: “Understand your motivation for becoming a BP first – do your motivators line up?” As a strong Searcher, she believes being a BP is perfectly aligned with her primary motivator: “Motivational Maps transformed my ability to help others which of course was essential given the Searcher turned out to be my top motivator at a very high level (known in our terminology as a spike!) This of course means it is an absolute need for me to fulfill my Searcher motivator: having purpose and making a difference.”

Not only is it important to consider whether your motivators are aligned with the role, but becoming a BP carries with it a responsibility to others. As she puts it: “Do you have what it takes to work with and guide others on their own journey as a Licensed Practitioner? Do you want to create and train a team who will look to you for guidance?” It’s clear that being a BP is about leadership, which is an ever-increasingly important topic in today’s age, where leaders are coming under closer and closer scrutiny (often with very good reason).

Setting an example is not always easy, especially when motivations vary from person to person and no two profiles are the same. However, Connie describes her path with Maps as: “an amazing journey and I have never looked back.”

Connie became aware of Motivational Maps through another LP. “The accuracy was amazing and all I could think about really was, wow – how great would this tool be for those in HR, and the manager we assist, with their workforce?” With her already significant experience in adult education and the Volunteer Sector, she realised its potential to help people not only gain awareness of their inner drivers, but harness their ability to learn and grow: “The answer is understanding their motivators to remove personalization of issues and actually set themselves up for success and become happier and create more productive outcomes.”

The idea of removing personalization from issues is very powerful. By using the Maps as a language and framework for talking about issues, it becomes about a conflict of abstract drivers rather than conflict on a ‘character’ or ‘personality’ level. Maps provides visibility to these drivers and names them, in some ways externalising them and separating them from ourselves.

What is "Interview with a BP" 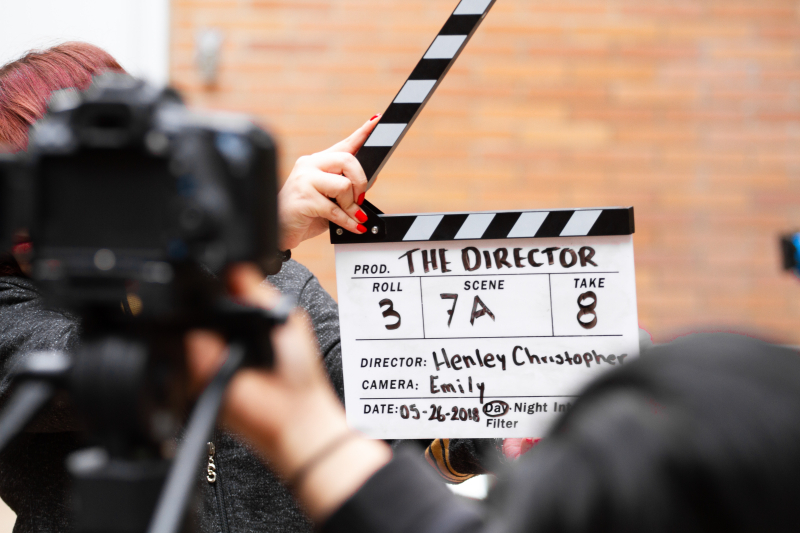 Leadership is becoming an ever more prevalent concern for the modern world. And is it any wonder? With the problematic appointment of the current US President Donald Trump, and controversial if widely anticipated appointment of Boris Johnson in the UK, there is quite evidently a crisis in leadership and a crisis of trust and faith in leaders in the West.

The global data is even more revealing, and more frightening. As of 2018, 49 of the world’s nations are ruled by dictatorships, including countries in Europe, the Americas, Asia-Pacific, and North Africa. That is over 25% of the world. And as if that weren’t enough, the early 2019 data suggests the number is growing, not diminishing.

Our world is heading for a period of great disruption, not only brought on my technological revolution, but sociological and psychological revolution. Our cultures are changing rapidly as our world becomes globalised, industrial, faster, and more secular. The problems resulting from this disruption can already be seen: job loss, a psychological health crisis (depression and suicide at an all-time high), and displacement. Add to this a crisis with our climate, and the destruction of the natural world, and we are indeed, to quote Tolkien: ‘standing upon the edge of a knife’. In times of great disruption, we need effective and powerful leadership to carry us through.

Throughout history there are many examples of cultures in crisis that were steered through challenging times by outstanding leadership. Often it is the case that though the leader themselves may be flawed, they are appropriate for the particular problem or situation that faces them; an equal and opposite reaction, if you will. However, waiting around for a saviour is not going to do anyone much good in the now, and often dictators get into power precisely by exploiting our tendency to look for guidance in times of doubt and trial. Of course, a heroic leader may well arrive, but until then, we have to take responsibility for our teams, our colleagues, our businesses, and our communities. If you are a leader, or responsible for people, then here is some advice for steering through this period of change.

There are many pitfalls that leaders can fall into, three in particular that are ‘fatal’ and will cause a complete collapse of trust. Avoid these pitfalls, and you will be well on your way to being a great leader!

Leaders fail to walk the talk –

If employees perceive personal and organisational inconsistency, alarm bells will ring. In the Bible, the sin Jesus disliked most was hypocrisy (“Hypocrite, you cannot love God and money” Matthew 6:24). Now, of course, we are all hypocrites to some extent, it is part of being human, but to habitually exhibit hypocritical traits is a deep flaw that is a sure way to destroy your own credibility. You have to ‘walk the talk’ and model the behaviour you want to see in the world. Another way of looking at this is as a lack of fairness, or double-standards. For example, employees are not allowed to have drinks at their desks, but management are. That is such a simple and seemingly innocuous privilege, but even something so small can cause massive resentment and outright backlash if people perceive they are being treated unfairly or like simply ‘workers’. The ultimate nature of this problem can be boiled down to a single word: selfishness.

Leaders fail to be open or to embrace ambiguity –

If employees perceive a rigid, prescriptive, ‘right’ approach, they will become disheartened. If it is ‘my way or the high way’ all the time, employees will feel it’s pointless talking to their leaders. If processes are in place and employees frequently violate those processes, perhaps the processes are flawed: too laborious, or losing business, or causing some other kind of problem. If the people are telling you one thing, don’t assume they are all wrong and you are right, learn to live with the ambiguity of being wrong or understanding there may be another interpretation of events. It is easier said than done, of course. We tend to cling to our own understanding of the universe and it takes great effort to tap into our empathy, but tap into it we must if we are to truly lead people. Only by listening to others will you gain a full perspective.

If employees perceive a lack of flexibility and a single-minded focus on profit, they will also lose faith. Despite what we’re frequently told, for most people money is not the be all and end all. It’s likely they pursue other motivators in their work life such as: creativity, expertise, recognition, belonging, security, meaning, independence, or authority. Complacency based on successes now, rather than in future, leads to chronic short-termism. Many established businesses have gone bust by succumbing to this peril. They assume that because they have existed for a long time that their processes and products are indestructible and unassailable. However, this is certainly not the case. Fail to innovate and shift with the times, and you will be left behind.

An overall characteristic of these leadership flaws is rigidity: a lack of flexible thinking, a lack of what Keats called ‘negative capability’. Underpinning these is a lack of integrity (walking the talk) and ability to back up what we say with action.

Leadership is not easy. The plethora of books on how to be a good leader, manager, or coach are testimony to this. There are so many different schools of thought on leadership, they would make for their own encyclopedia, and the reality is that thought will always change to align itself with the current time. Leadership today, and the qualities that might be seen as valuable in our society, are certainly going to be different from what the Ancient Greeks valued in their leaders. Having said which, leaders still seem to fall into the same old power traps and political gaming they did two-thousand years ago, so in some ways, there really is nothing new under the sun.

Here’s hoping for positive change, and leaders to steer us towards it.

-Want to find out more about leadership? Why not join James Sale and Jane Thomas, experts in motivation and leadership (read Mapping Motivation for Leadership, Routledge, 2019), for a special leadership workshop in London on September 4th. Only 20 places available and over half already filled, so hurry!