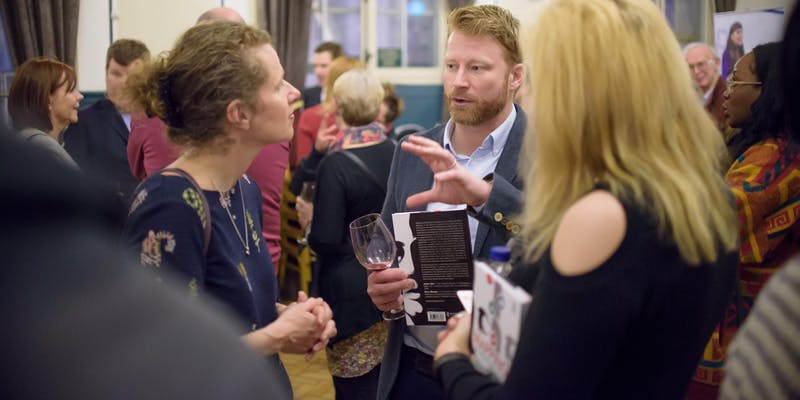 Employee engagement is undeniably a crucial focus point for organisations in the twenty-first century, with motivation comprising the often missing, but vital, component of the developmental mix. A reliable method of keeping employees happy and motivated has long eluded managers and senior executives due to the difficulty of measuring motivation levels. Therefore, profits and turnover, the traditional metrics of business, have always taken precedence while the people at the heart of any business suffer as a consequence. But if staff and people thrive, the business itself will thrive, because success and ‘performance’ is directly correlated to energy levels, which in turn is driven by motivation. Revealing what people truly want and giving it to them is a powerful way to supercharge your organisation. This is the ethos of Motivational Maps and what the Maps diagnostic tool uncovers.

Mapping Motivation for Engagement, a new book by James Sale and Steve Jones, advocates a new paradigm for the twenty-first century: away from hierarchies and command-and-control management styles, towards a bottom-up approach in which the needs and motivators of the employees take centre stage.

But who are James Sale and Steve Jones? In brief:

James Sale is the Creative Director of Motivational Maps Ltd, a training company which he co-founded in 2006, and the creator of the Motivational Maps online diagnostic tool used by over 400 consultants across 14 countries.

Steve Jones is MD of Skills for Business Training Ltd and as a result of over 20 years’ experience in management and business, was invited in 2010 to serve on the Government Task Force Team looking at employee engagement, Engage for Success, which he also co-chaired for a while. 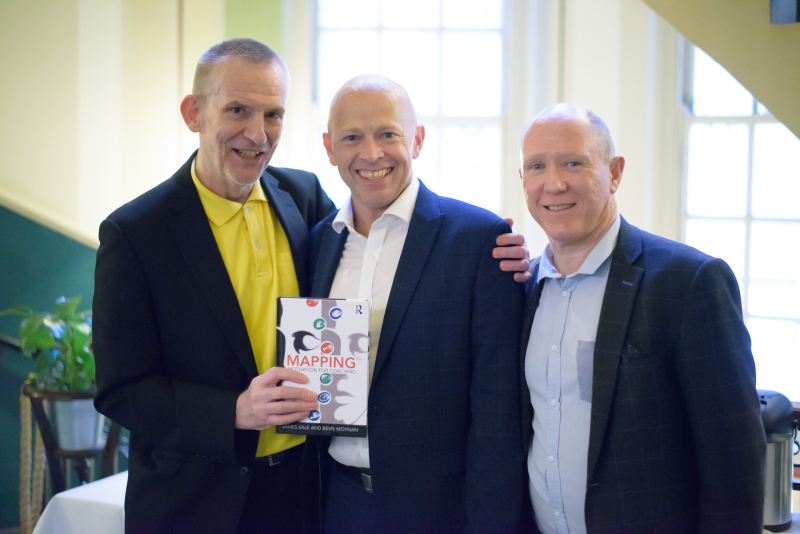 This is the third in a series of books that are all linked to the author James Sale’s Motivational Map diagnostic tool. Each book builds on a different aspect of personal, team and organisational development. This book is a practical guide to the complexities of understanding and dealing with engagement in modern organisational life. Along with clear diagrams, reflective points, activities and a comprehensive index, the book provides free access to the online Motivational Map tool to facilitate a greater understanding of the contents. Drawing on copious amounts of the latest research, as well as models like the Macleod Report for the UK government, this book shows how Mapping Motivation can play a significant and crucial role in making engagement a reality, instead of a dream.

Mapping Motivation for Engagement is a stimulating and thought-provoking read for a wide audience including, but not limited to, trainers and coaches working in management and motivation, experts in human resources, internal learning and development and organisational development as well as change and engagement consultants and specialists.

In order to celebrate the recent publication of this forward-thinking work, we will be hosting a book launch at The Judge’s Court in Brown’s Covent Garden, London, on the 29th November. James and Steve welcome you warmly to this event and will be present to answer your burning questions about their extensive experience, the book, and of course: motivation! 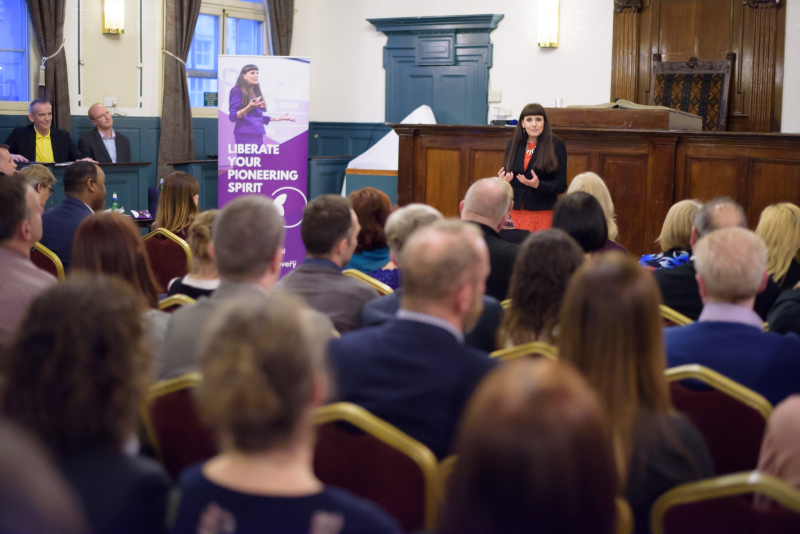 There will be opportunities for networking at the launch with a bright, vital community. Our last event, launching Mapping Motivation for Coaching, co-authored with Bevis Moynan, had over 120 people present, and this year promises to be even bigger! There will be thought-leaders and creators and experts present across the range of the personal development field as well as many other business fields. We’d especially like to welcome back sponsor Ali Stewart, whose work with Liberating Leadership is mentioned in the book. Liberating Leadership, first published as Leading & Developing High Performance, is based on the extensive research and work carried out by leading change management expert, Chartered Occupational Psychologist and HR professional, Dr Derek Biddle. Ali worked alongside Derek for more than 20 years.

An event not to miss, whether you are a mapper or simply interested in personal development, growth in business, and putting people first. Join us for an evening rich in insight and sharing! 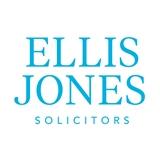 WORKING ON ENCOURAGEMENT (AND THE DEVIL OF DISCOURAGEMENT)

Increasingly, organisations are beginning to wise up to the idea that change management is one thing. Let’s improve the structure, the strategy or the system, or all these things in tandem. But unless the people can ‘perform’ all their labour is in vain.

And frankly, people performing begins at the top. As the great Quality Guru, Crosby, once put it: ‘Good ideas and solid concepts have a great deal of difficulty being understood by those who earn their living by doing it some other way’. Those at the top can be the most averse to realistically appraising themselves. But if they don’t, as sure as night follows day, neither will their staff!

Furthermore, given the importance of people to our long-term success, it really does pay off to consider recruitment, retention, and reward in depth, and go on considering it. If we think about it, these three Rs are at the core of a HR department’s role. Recruit the best staff. Make sure we retain those excellent staff members via incentives and an alignment of values and expectations. And reward good performance. Most HR departments focus solely on the first and last of these – recruiting new staff (normally due to such a high staff turnover rate in the company) and dishing out arbitrary bonuses. However, in terms of added value to the company, retention is by far the most important. Retaining good staff has an effect on morale, it negates the extensive costs of paying recruitment agencies and taking on new people (setting them up on the system and all the other paraphernalia which accompanies a new hire), and it allows employees to establish long-term working relationships with each other.

Paraphrasing Sun Tzu, Krause observes: ‘Leaders who complain about morale of their employees evidently do not realise that employee’s morale is a mirror of confidence in their leadership’. This is a pretty heavy-going statement, but it’s eminently true. Alexander the Great, one of my favourite examples when it comes to leadership, was often outnumbered and exhausted. His army was famous for crossing vast distances, including the Gedrosian desert, only to arrive and immediately engage the enemy without a moment’s rest. Yet, such was his leadership that his army was able (and more importantly willing) to perform at superhuman levels. His confidence infected his men (and women) so that they, too, felt like Achilles reborn.

I am sometimes asked what is the single most important quality in an employee. That’s difficult to answer with total certainty, but I like this story:

The Devil realised he was never going to win in his battle against God, so he decided to throw in the towel. To this end he held a car boot sale in order to flog off all his tools and assets.

The day came - it had been well advertised - and various colleagues and peers turned up looking for bargains. And, boy were there some bargains!

There was this sharp, shiny, pointy spear - Pride - that could shatter anyone’s armour. Very expensive, but a tasty piece of equipment.

Alongside this there was a multi-pronged mace - very menacing - that had a curious magnetic property, drawing things to it and destroying them at the same time. This was Envy - really cool. Very expensive.

All in all, the Devil had some fantastic, high-tech equipment - stuff that could really get in you and mess you up. All very expensive. His colleagues were standing there drooling over it, wondering which pieces they could afford to buy.

But in the centre of the collection was a large, nondescript, blunt, lustreless piece of metallic tubing – its only possible use was as leverage.

Beelzebub said, ‘How much is that old piece of junk?’

The Devil smiled and quoted a price. There was a gasp all round - the price he asked was worth more than all the other pieces put together.

‘That,’ said the Devil. ‘Is Discouragement. Without it, none of the other tools work. When I want to tempt someone I always start with Discouragement. Buy it and you’ll see.’

Ever seen the effects of discouragement on members of staff? It’s far worse than lack of skill. Do we imagine that Alexander the Great discouraged his men when he asked them to cross the desert? You already know the answer. Another example comes to mind when I consider the value of encouragement. There is a scene in the movie Kingdom of Heaven, starring Orlando Bloom, where the Knight Balian must hold the city against the vastly superior and numerous forces of Saladin. There are hardly any true warriors among them, most of the knights having departed or been killed. So, Balian (Bloom) goes into the streets of the city, finding any men or women who wish to fight alongside him. Those who offer their services, he asks to kneel. He knights them, then and there, without any training, and tells them to ‘arise’. One of Balian’s fellow knights is outraged. He upbraids him: ‘Do you really think making them a knight will make them a better fighter?’ Balian turns and answers: ‘Yes.’ The psychological insight of this is profound. In believing they are knights, and having gone through the ritual ceremony of the sword touched to their shoulders, they arise with a complete psychological shift that will 100% make them more loyal, more steadfast, and better warriors.

So I guess as managers we must work on encouragement – in the structure, strategy, and systems and in everything we do. May be then we can sustain that enthusiasm that is oh-so vital.

Tags: alexander the great, discouragement, encouragement, getting the most out of work, inspiration, leadership, management, managers, mood, morale, workplace morale