Weird and Wonderful for Business! 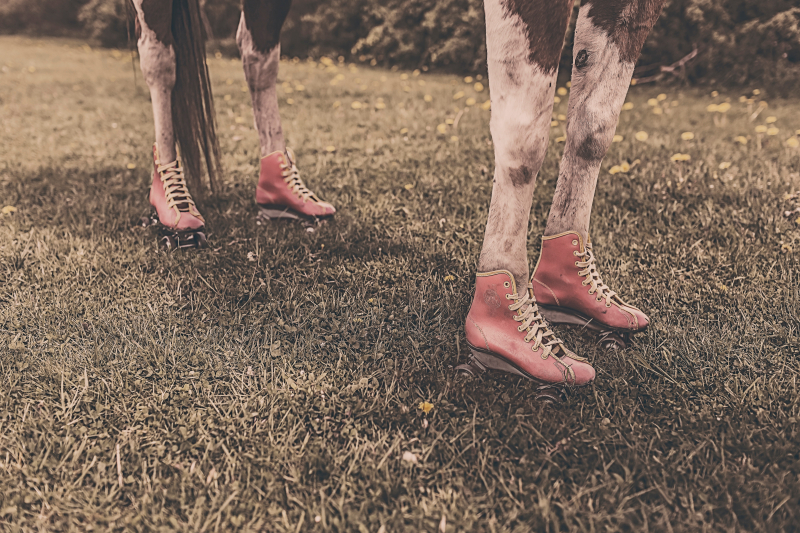 According to Martin Davidson, a professor of business administration at the University of Virginia, business culture can tend to weed out the weird! This can be a big mistake because it is ‘weird’ people, or certain kinds of weird people, that create potency and innovation which enable businesses to thrive. This can be expressed in a variety of ways, but the most obvious is perhaps in the need to avoid cloning people into the culture they join; a situation in which they have to adapt (and adopt to) the mores and social norms of what passes for normal or even acceptable behaviour. As I’ve said before, like attracts like, and companies that like certainties (particularly financial certainties), will always draw people who like certainties. We are not talking here about table manners, but modes of thinking, aspects of deference (so readily leading into the dead-end called ‘group-think’), and business as usual, meaning ‘not invented here’ and ‘this is how we’ve always done it’. These ‘norms’ invariably cost businesses, and ultimately lead to their demise.

So business leaders should not see diversity as being some sort of distraction imposed on them by HR or legislation! Rather diversity within the workforce can provide competitive advantage; we need people who can be constructively disruptive, who can consistently challenge group-think, and who’re not addicted to conflict avoidance. People who, in short, pre-empt the devastating fate of those organizations who are little more than a comfortable country club where received opinion is indeed received. We need challenge, at a deep level, if only because 70% of the decisions we make are wrong. With challenge, with weirdness, that figure might reduce. Without it, then it is almost certainly going to increase. Can we afford that level of error? In this way, we must overcome our resistance to change in order to improve.

One of the most powerful tools to assist us in this area is Motivational Maps. The reason this is so powerful is because the maps establish what people really want. In other words, in selecting the new member of the team we have the opportunity to review what we really want in the team member and compliment the current team dynamic. We get to ask ourselves the question: is this kind of selection criteria really in the best interests of the team achieving its remit? All too often people are selected on the basis of their qualifications, skills and ‘fit’ where fit means fitting in – not rocking the boat. But what if not fitting, rocking the boat, is really what the team needs?

This is not a decision to be made lightly, but it is a decision to be made where appropriate, and it requires skill and insight to do it. For in talking about rocking the boat, we don’t mean a rough and ready character who is always taking on everyone and generating conflict wherever they go; we mean the kind of person whose energies are directed in ways that ‘conflict’ with the team, but in such a way that they throw light on an overarching problem the team has.

Suppose, for example, that we have a team that is extremely risk-friendly (e.g.. A sales team) – excessively so, and this has created a series of impulsive deals that the organisation as a whole has had a chance to repent of at leisure. In that situation, installing a suitably qualified candidate in every way, including risk-aversion, would be ideal. And the reverse too: suppose we have a fuddy-duddy team who are extremely change-averse (e.g. a finance team), then we might want to appoint a suitable candidate who is also risk-friendly as a maverick in the pack. It is precisely in these areas that Motivational Maps can direct with authority – given a fully trained and experienced practitioner.

Of course, to other team members, to the management itself, somebody with different energies, different motivators, is going to appear ‘weird’, an ‘odd one out’ as it were, but that is the challenge we face all the time – accepting difference and building on it.

Martin Orridge gives five reasons why there is poor creativity – or innovation – within an organisation. They are: looking for logical solutions, basing solutions on the past, too analytical, approach too formal, and liking to focus on detail. All these are classic organisational traits. They are what we expect people to do: be logical, son! Today is the like the past, dear daughter! Analyse, analyse, analyse; and don’t let your hair down! It’s all in the details …

But the paradigm is shifting now. We’re recognising that working more doesn’t necessary equate to greater productivity. We’re beginning (ever so slowly) to recognise it’s not possible to create a business that endlessly grows, like clockwork, year after year. That’s not how the universe works. Things go up, then they go down. Life is a sine wave. Our analytical brains have created a cult around numbers and percentages, but we’re realising these are not sure metrics of success, or longevity. Other, less easily measured traits, such as customer-satisfaction and loyalty, and team-motivation, just might be. We need weirdos who are focused on these invisible measures and outcomes.

We want people who are ‘thinking outside the box’, to use a cliche, but only when this creativity is applied morally, and is balanced by others who are anchored in reality. I must stress: thinking outside the box is not thinking of quirky ways to rip people off, because that gets exposed pretty quickly. In video-games, at the launch of Microsoft’s new XboxOne console, they announced that it would no longer be possible to share games (aka, to take a disc around a friend’s house and lend them the game). The discs would be coded to prevent this. The uproar quickly made Microsoft change their mind, and quite rightly. Imagine thinking you could kill the second-hand market overnight? Imagine if they tried to do that with cars? Ridiculous, right? Someone had a weird idea, an idea that could secure them money, but that weirdness was not tempered with integrity.

To compare this with a positive example, think of how the weirdness is making a come-back in cinema. With the turn of 2010, it seemed nobody wanted to take a risk on a radical movie anymore. Think back to the 70s, 80s, 90s, even the early 2000s, and how diverse and strange the filmography was. David Fincher was writing disturbing and unusual masterpieces such as Fight Club, Seven, and The Fall. Post 2010, he was forced to do movies such as The Social Network (about Zuckerberg’s creation of Facebook [2010]) and Gone Girl (the movie based on a popular thriller [2014]). These weren’t necessarily bad movies, but they didn’t feel particularly different to the rest of it. Now, weird films are coming back. Innovative directors such as Jordan Peele, Ari Aster and Guillermo del Toro are giving us very different movies: The Shape of Water, Get Out, Hereditary. Whether you like them is a matter of personal taste. But the fact is these films are drawing people in droves. Why? Because they are different, so utterly distinct from what we’ve had for the last few years.

We need to innovate, to be weird, but in the right way. We need to break free from our constrictions.

What if we could find and use a tool that would help us do this? That valued intuition whilst at the same time understood the power of logic, yet too knew that relationships are key.

And yes, the tool exists – it’s called Motivational Maps and so invites you to enter its weird and wonderful world!