Home Archives Profile Subscribe
What the World Cup 2018 Can Teach Us About Motivation
Weird and Wonderful for Business!

Building Unshakeable Optimism To Stop the End of the World 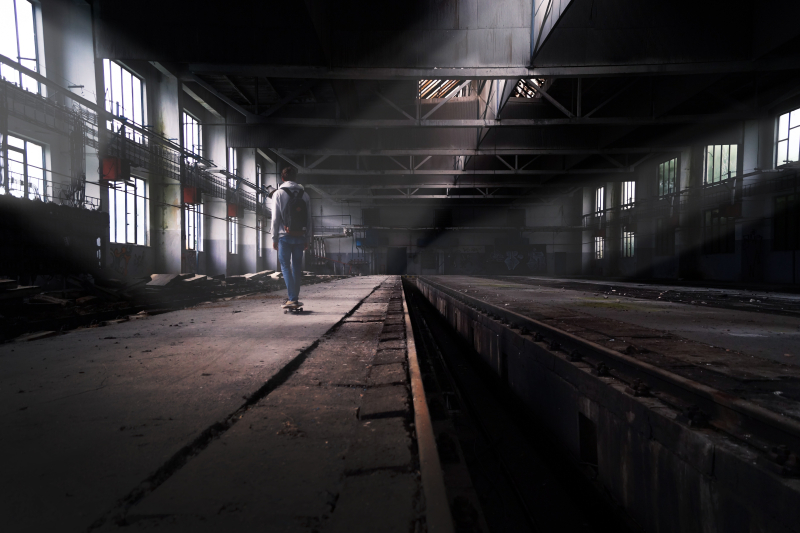 Every culture, at almost every stage of history, has believed that theirs is the last civilisation, that they are living in the end times. We think, often, of the endless re-worked predictions about the date of the world’s end as being a modern and Christian thing, but in actual fact, human beings have always been this way. The Anglo Saxons thought that the world was old, and could not go on much longer. That was some 1100 years ago! The Romans marvelled at the ‘ancients’, who they felt they ‘hardly understood’. This was some 1600 years ago. The ancient Nordic peoples told tales of Ragnarok, the inevitable world-ending event where the Wolf would be freed.

The same is true in Asia, surprisingly. Buddhism teaches a descent from a golden age of the True Law (Shoho) – just as in Africa the Ancient Egyptians taught that originally there was an era called the Zed Teppi, the golden era in which the gods walked amongst us, after which all things declined. The Buddhist narrative culminates in an apocalyptic age called Mappo — the Latter Days of the Law. A ninth-century Japanese cleric wrote that “In the Latter Days of the Law there will be none to keep the Buddha’s commandments. If there should be such, they will be as rare as a tiger in a market place.” A terrifying vision of a world without morality, much similar to the latter days of Revelations where we live our lives in worship to the Beast. Science contradicts itself, at once telling us that it will solve all our problems with new technology, and revealing, within its only laws of Entropy and Thermodynamics (The 2nd Law), that all things will inevitably peter out. Even progress is not forever.

Well, one cannot help but be inspired, if that is the right word, by current events. We are living in an era of great uncertainty, where so many things seem to be going irrevocably wrong. It’s easy, when we’re surrounded by such madness, to lose sight of who we are, to abandon any hope of making a positive difference. But we must not abandon hope. Things get bad, but then they change for the better. We’ve seen it time and time again. Tragic events often lead to periods of prosperity. Empires end, which is usually a good thing for most people.

In order to turn calamity into success, we need a very special force: optimism. Optimism is one of those prerequisites for a successful life. Why? Because fundamentally it is about our belief system: the belief that things will turn out well. To those who believe, as Jesus himself said, all things are possible. And the well known law of attraction also informs us that what we don't want will come our way if we spend most of our time thinking about it.

How, then, can we get more optimism in our life? Belief is not something static – a sort of, we have it, that's it. It grows – like the mustard seed; it needs exercise and constant handling to ensure it reaches its full potential. We need to differentiate in our minds between real belief that is organic, and that static kind of dogmatism that embraces 'propositions of faith' and then proceeds to build a wall around all mental activity. That isn't really faith or belief; it's a kind of deadwood rigidity that derives from the termites of fear that corrode our being. Don't get me wrong: I am not saying that propositions of faith are valueless – we need these things to understand what we do think – but unless they can 'grow' we are shut off from life.

So to return to the central idea of optimism: how do we get more of it in our life? Here is a five step process for generating more optimism in your life:

Step 1 is to question frustrations. Can our frustrations be changed? Are we just accepting situations and problems. A good starting here is to write down exactly what the frustration is. When we see it in print we can begin to become more ‘objective’ about it – we can more literally ‘handle’ it. Is your boss causing frustration – who, when, why? The more specific you are, the more you will be able to see specific avenues that may remove you from the impasse. This will make you feel more in control; this will make you feel more optimistic.

Step 3 is to recall past achievements and better performances. Many people have problems recalling good events and high achievements. I once coached a young man whose only recollection of success was being able to recall winning a swimming race when he was ten! Clearly, this is wholly debilitating. One secret to overcoming this handicap is to remember that small things are an achievement. For example, your ability to make someone smile is a great achievement – ultimately, 85% of the satisfaction we are ever going to achieve in life will come through relationships. In other words, by serving and helping others we achieve wonderful things. Small things can be highly significant. See Step 5 to help you further with this.

Step 4 is to detect patterns – and having done so to break bad patterns. This is easier said than done – but the first thing is to notice the pattern. Most people don’t get that far, so cannot possibly destroy bad habits or increase their optimism. For example, it’s easy to snack on chocolate bars all day long without realising they are responsible for our weight increase! We have not noticed the insidious pattern. Similarly, it’s easy to spoil a relationship because one habitually says the wrong and thoughtless thing without seeing our action for what it is. KEEP A DIARY - keeping a diary is invaluable for spotting a pattern - log stuff.

Step 5 is to record good events and achievements. Our self-talk tends to be 75% negative, so we need to consciously reverse this. Keeping a diary and looking to log at least 3 achievements a day is wonderful in this regard and helps step 3 as well – go back over your diary and start ‘dwelling’ on high achievement moments. Re-create them in your mind – re-live them – can you ‘feel’ how you felt then? Can you see it? Hear it? Even taste or smell it? For example, that swimming race he (at Step 3) won, can he smell the chlorine on that day as he recreates it in his mind? Can he hear the cheers? See the applause? If you can do this, then you can ‘anchor’ these experiences into your conscious mind and call them up whenever you want. This is important.

Imagine you are going for a job interview. You feel nervous. You have made a deal with yourself. Every time you say the words ‘swim win’ you flash the images of that glorious winning day. You do this just before you go in to the interview. How differently do you think this will make you feel walking into the room? Try it (using your formula to re-create the high achieving moment).

One final comment to make here is on being persistent. People become more enthusiastic and energetic when they can go for goals that are quickly obtained; however, persistence isn’t about the ‘quick’, but the long haul. To develop resolute optimism requires persistent application in the same way that running a marathon requires constant training. So you can start with the affirmation of step 2: I can do it! From there, press on. It’s the only way we can stop the end of the world.