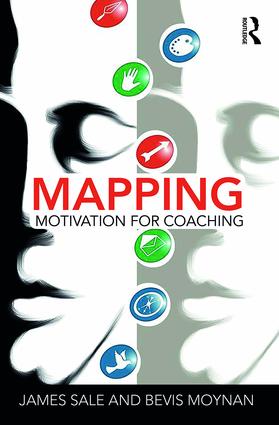 Over the last few weeks, I’ve been posting extracts from my new book Mapping Motivation for Coaching, co-written with Bevis Moynan, to celebrate it being published by Routledge. To recap for those who don’t know, this text is a complete guide to mapping for coaching and an invaluable resource for coaches worldwide. You can find the extract from Chapter 1 and Chapter 2 via the provided links. Currently, Routledge are offering (until July 31st) a 30% discount on the book when you buy it from their site and use the code MMJS230, so now’s the time to get your copy! You can find the link to it on Routledge’s site here. If you want to read reviews on Amazon, then you can click here.

Today I’ll be sharing my third and final extract from the book. This extract is from Chapter 3: “Pareto, Performance and Motivational Maps”

“We are happy when we are in harmony; according to the Tao Te Chingi, in harmony with the Tao. The Tao is the Way - essentially, the natural flow of the universe and how it operates. It is an impersonal force according to the Tao Te Ching, but there is no problem in calling this 'God' if one wishes to. The point is that the universe conforms and complies with certain rules and principles and when we violate these we suffer. A simple and obvious example would be committing murder: all human societies have condemned the practice since the beginning of recorded time; and that murderers suffer is not only because if they get caught they are punished, but even if they are not caught history and literature provide ample testimony to the torments of the mind that they become prey toii. With this in mind, then, are there any natural laws of the universe that we inadvertently fail to respect or act upon? Laws whose existence we do not acknowledge or ignore, or whose tenets we flatly contradict or believe the opposite of?

There may be severaliii but there is certainly one which has huge ramifications on our everyday life, and on coaching practice in particular. One of the major issues affecting nearly everybody as a negative subconscious belief is that the universe works in a 50-50 way. Put another way, this means that all causes and inputs are more or less equal in terms of their symptoms and outputs. Again, a simple example illustrates the point: say, we get 100 (or 1000!) emails in our inbox and we wade through them as though they were all equally important, each one gets more or less the same amount of our time and attention. If that happens, then we are working on a 50/50 assumption about the nature of reality! We say IF it happens but in truth that is exactly what is happening all the time, since most of the time we are – unless we are incredibly disciplined – on some sort of automatic pilot or habitual mode of working whereby we deal with things as they turn up. In short, we may have heard of the Pareto Principle or 80/20 Rule as it is sometimes called, but very few people (surely less than 20%?) do anything about it. Some emails are much more important than others, and often that ‘some’ is about 20% of the total. So the universe works in an asymmetrical or 80/20 way, not a 50/50, all-things-equal way. Things are not equally important. If we wish to be effective, we have to identify the 20% of activities that cause or create 80% of our overall results; and if we go further and ‘80/20’ the 80/20 we realise that 4% of inputs will generate 64%iv of outputs. If we are going to coach effectively this is an astonishing statistic to get our head round for the client. 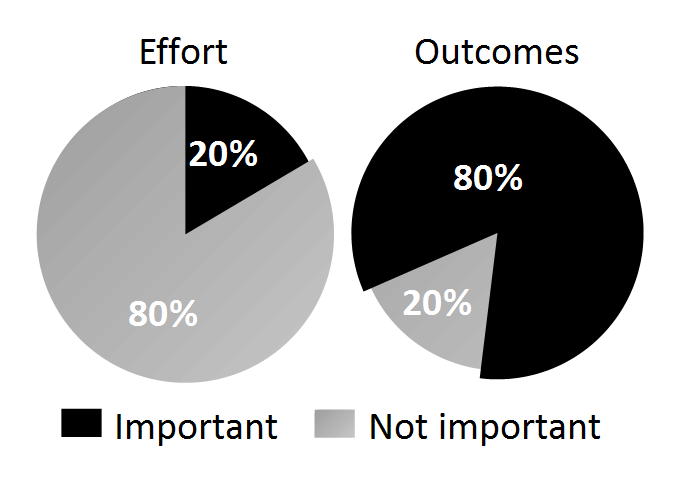 But from a performance, and so from a coaching perspective, this principle, like Motivational Maps, is a key pillar of effective coaching. Because we cannot do everything, there is an ongoing necessity to prioritise, and this prioritisation requires that we think; and particularly that, as Richard Kochv puts it, we ‘think 80/20’.

To be clear about this now: 80/20 is not an exact figure. The percentage of inputs may vary, and indeed it is a primary purpose of coaches to skew this ratio. (And they do this by the intervention of coaching). But the starting point might be not 80/20 but 70/30 or 60/40 or 90/10 or 95/5, but whatever it is, it is not 50/50. It also needs to be said that whilst the Pareto Principle holds true in most life and business situations, there can be exceptions. So it is generally true, for example, that for most businesses 20% of the customers generate 80% of the revenues; but that probably doesn’t work in, say, the supermarket modelvi where 20% of customers probably do not account for 80% of revenues. But so far as coaching, consultancy, training and other service industries are concerned, it is uncannily accurate, as it will be for most sectors and most non-commodity businesses.

iii. For an overview take a look at Richard Koch’s The 80/20 Principle and 92 Other Powerful Laws of Nature, Nicolas Brealey, (2014), a worthy sequel to his original book on Pareto and which explains ‘92’ other laws that operate in life.

Want to find out more, why not grab the book at a 30% discount. Remember to use the code MMJS230 at checkout. Enjoy!