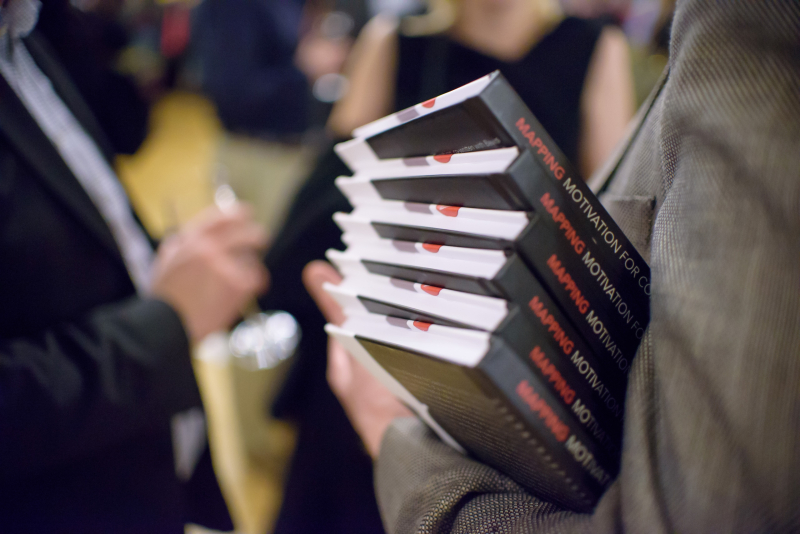 Last week, I posted an extract from Chapter 1 of my new book Mapping Motivation for Coaching, co-written with Bevis Moynan, to celebrate it being published by Routledge. To recap for those who don’t know, this text is a complete guide to mapping for coaching and an invaluable resource for coaches worldwide. Currently, Routledge are offering (until July 31st) a 30% discount on the book when you buy it from their site and use the code MMJS230, so now’s the time to get your copy! You can find the link to it on Routledge’s site here. If you want to read reviews on Amazon, then you can click here.

Today I’ll be sharing more insights with you from the book. This extract is from Chapter 2: “Coaching for Higher Performance”

“Coaching starts with considering the issue of self-awareness for the simple reason that the person who is not self-aware has – by definition – no awareness, or consciousness, that there is anything on which to work within one self. This applies as much to self-development as it does to coaching a client. If a cat scratches its fur going through a barbed wire fence, we know it has become ‘aware’ of the injury because it will start to lick the wound relentlessly in its efforts to heal the scratch. So even animals become highly self-aware of the issues that concern them; although in human beings, with their powerful intellects and advanced emotional apparatus, this is a far more complex activity.

2. Facilitating their decision to change

3. Helping the client generate actions to support and achieve the change – new rituals and habits

But what, we may ask, is it that humans become self-aware about? As a starting point we might say, the Self. The Self is the modern psychological term used to describe what in the past we called the soul. What this Self or soul is lies beyond the scope of this book, but one does not need to be specifically religious to resonate with the idea, common all over the world, “that there is some part of us which should not be sold, betrayed or lost at any cost”i. It is who we are at a root level; and one only needs to reflect that everybody – yes, everybody – at some point in their life talks to themselves; indeed, many people do it all the time. But who are we speaking to when we talk to ourselves? It is as if there are two people present in this self-dialogue. The intellect or the mind or the ego, perhaps talking to the deeper Self, the soul, and if it waits long enough, getting answers back.

This is a fascinating topic: the human person is one, but already we find ‘two’ dialoguing within. If we take this a stage further, one clear model that is useful from a coaching perspective is to see a human being as having four interrelated, yet distinct, strands, rather like four strands in a rope that weave around each other to form one cable, which as a result of the interweaving is immeasurably stronger. 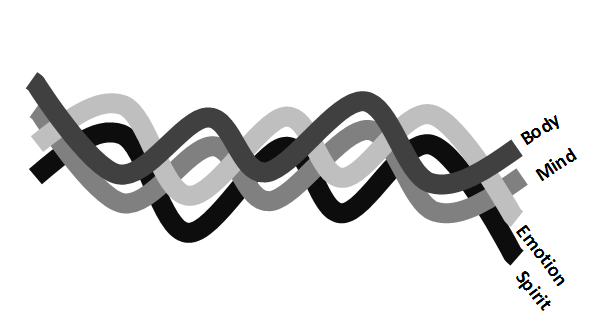 These four strandsii are: the body (physical - doing), the mind (mental - thinking), the emotions (emotional - feeling) and the spirit (spiritual – knowing/being). Well-being is critical in all four areas, and a prolonged or sustained problem in one area will inevitably spill over and contaminate another. For example, there is now a well-known medical discipline called Psycho-immunology, which is the study of the interaction between psychological processes and the nervous and immune systems of the human body. In other words, ‘mere’ emotional stress can cause life threatening illnesses in the body. And so it is with all four areas interacting; and for the sake of clarity, the spiritual strand is not necessarily about religion or being religious. It is about man’s search for meaningiii; and to show how this can affect the whole person we need only to contemplate that there have been many examples of people who, regrettably, have lost all meaning in their lives, and this has led to negative thoughts, leading to emotional depressions, and in some instance to suicide, the death of the body.”

i. A Complete Guide to the Soul, Patrick Harpur, Rider: Ebury Publishing, (2010).

Want to find out more, why not grab the book at a 30% discount. Remember to use the code MMJS230 at checkout. Enjoy!