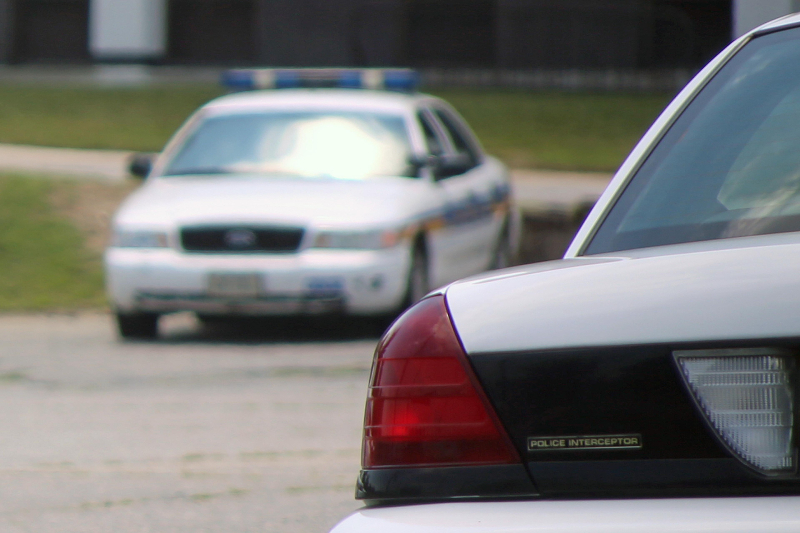 One of the truly difficult things to come to terms with is the failure of the ‘system’. By which I mean your system, my system, anybody’s system. It’s as if we invest so much time and effort and creativity into inventing systems that we cannot accept when they fail or crash. The financial crash of 2008 is a classic example. Of course, when we look at it now, it seemed obvious that it had to happen, but as it unfolded at the time there was a general incredulity as to how it could have occurred. Wasn’t the financial sector employing the best brains in the country? Wasn’t the regulation quality assured? Didn’t the politicians and Government actively promote and endorse what was going on? Hm.

All systems fail; just when we think we’ve cracked ‘it’, it cracks! For example, there are many things we can do to improve our recruitment processes, including using psychometrics, systematic interviewing processes, CV checks and so on. Yet, still the duff candidate gets the job and upends the ‘systematic’ procedures.

My own product, Motivational Maps, is a wonderful and systematic device for discovering what motivates and how motivated people are; further, its Reward Strategies package can help managers and directors really identify how to get their teams energized and moving. But there’s always one person for whom the Map doesn’t apply. Strangely, this is not because the Map is inaccurate, but because the Map cannot measure what some people carry around with them: psychopathology!

For these people, whatever their personality traits or their motivational profile, there is a bigger agenda that must be followed. Perhaps a good word for this would be obsession – an obsession that destroys reason, logic and all internal coherence.

Norman F. Dixon’s wonderful book on the Psychology of Military Incompetence has a useful section on the difference between the autocratic (which can sometimes be justified) and the authoritarian leader, which is psychopathological (and cannot be justified).

The behavioural characteristics of the authoritarian personality, he says, are:

(1) Conventionality: a rigid adherence to middle-class values. We all know this person. They always do things ‘by the rules’, to the point at which it becomes almost impossible to be spontaneous or to create anything new. Often, when asked why a certain process is the way it is, or why the company follows certain procedures, the reply will be ‘Because we’ve always done it this way’.

(2) Submissiveness: to the idealized moral authority of the group with which s/he identifies self, and to higher authority. As far as the authoritarian is concerned, hierarchy is all, regardless of hypocrisy, corruption or abuse. If the CEO has ordered that all employees are no longer allowed to drink tea during office hours, then it must be right, regardless of the patent negative impact, and frankly dehumanising ideology behind such a move. You might think that example is far-fetched, but I have seen it in more than one company, where a CEO (or ‘Company President’ where they adopt the American vernacular) is so determined to control his/her workforce, that they are prepared to infringe on the most basic pleasures – making a good cuppa after a tough morning.

(3) Aggressiveness: towards those who violate conventional values. These authoritarian individuals often will behave aggressively towards those who challenge convention, shutting them down, cutting across them while they are mid-way through making a point. Picture the scene, if you will: a team is having a meeting with their middle-manager. One of the team is highly respected by his fellows because of his positive attitude. This respected team member is ‘whacky’, often talking about subjects which are not traditionally work-appropriate, but it is this whackiness which really lifts the spirits of the team on a hard day’s shift. The authoritarian middle-manager opens up the floor at the end of the meeting, asking the team for suggestions. The ‘whacky’ team member takes the opportunity to put up his hand and offer a suggestion. Begrudgingly, the manager let’s them talk, but the others can already sense the hostility. After thirty seconds, the manager interrupts, shutting down the suggestion and deriding it as unworkable, unrealistic, and unhelpful. This behaviour not only reinforces the ‘control’ model of management (talked about in an earlier article), thereby making any attempt to ask for suggestions frankly redundant, but also humiliates one of the colleagues, ostracizing them, and cautionioning the others against befriending them. Of course, often these tactics backfire, as picking out a respected colleague normally only unifies the team against the manager.

(4) Anti-intraceptive: opposes the subjective, the imaginative, the tender-minded. God forbid, that someone use their imagination at work. Authoritarians actively fear those who are creative, because creativity poses a threat to established order. It is ironic that we, as a society, are deeply critical of the rigid inflexibility of medieval thinking (where they quite literally destroyed anything or anyone that opposed the Christian model of understanding) and yet much of the modern business landscape persists with this mode. We attack that which questions, or raises concern, or offers solution.

(5) Stereotypy: disposition to stereotype and think in rigid categories. Have you ever heard your manager talking about an employee that irritates them in broad, borderline offensive terms? It is probably because they are authoritarian and therefore may have a tendency to stereotype (irony intended). For example, how many managers insist their employees are ‘lazy’ or ‘greedy’ when in fact they are worked to death and do not even make a third of what their manager makes? Studies have revealed that only 65% of people are paid for their overtime. The average person loses £4,500 a year from not accurately claiming their overtime. How, then, can so many employees be ‘greedy’ or ‘lazy’ if in fact the majority work more than they are supposed to and get paid less than they have earned? Stereotypy does not permit these facts, however, because they challenge an ordered world. You will often find sexism is a huge part of stereotypy. Women are not paid as much as men, and managers justify this with excuses such as: ‘They’re just going to get pregnant and leave us’ or ‘They don’t work as hard: they spend more time talking’. We must move away from this mode of reductionism, and embrace that all people are unique, as much as possible.

(6) Power: preoccupation with 'strong' leadership, exaggerated assertions of toughness. It is strange that in an increasingly ‘civilised’ world, in which disputes are not settled with our swords or fists but with reason and law, many managers and employees – both male, female and otherwise – feel the need to play up to cave-era standards of machismo. I find this manifests in several ways: the ludicrously loud voice, wielded almost like a sledgehammer; the braggadocio and less-than-friendly banter; the insistent on unhealthy drinking culture on at corporate events. A friend of mine told me about a colleague of his. This colleague, during his qualification period to become a lawyer, made friends with a senior Judge. Despite their age difference, the two had a real affinity. The lawyer was very mature for a young guy in his twenties, the Judge in his late fifties, and the two spoke often of the ills of modern binge-culture, obsessive self-destructive party-going, and the societal damage caused by this behaviour. The Judge was something of a mentor. Needless to say, the lawyer-to-be was therefore very surprised when, on a corporate do, the Judge set a line of ten vodka shots before him and said: ‘If you want to get your training contract, you’re going to have to drink all of these.’ Even the Judge, though in the rational light of day he could offer critique, was unable to escape the authoritarian illusion that people must undergo ‘initiation’ rituals, and prove their ‘toughness’, in order to succeed in life.

(7) Cynical: frequent vilification of others. Always seeing the worst in people, always assuming that they are trying to ‘play the system’ or ‘get as much as they can out of the company’. A salesman I know was once called into an official ‘hearing’ because he had made a mistake on his overtime sheets. He had claimed an extra half-hour than he had actually worked, and his manager had spotted this error. In the meeting, he explained, in a measured fashion, that it was merely an error on his part, because he normally did work those hours, but this week he had left half an hour early for a chiropractor appointment. Effectively, he had filled in the sheet on auto-pilot. He apologised and said he would make up the hours the next week. The managers, however, did not accept this explanation. They continued to grill him, and say that he was trying to ‘extort’ the company and abuse their generosity. At this point, my friend, normally a mild-mannered and wonderfully humourous, a gentle guy, flew off the handle completely. ‘You’re seriously going to do all this for the sake of £5.00?’ he said. Even on overtime, he was being paid only £10.00 an hour. The meanness of this is beyond satire or parody, for the company he works for turns over something like 22 million a year. This kind of behaviour finds its roots in deep cynicism.

(8) Projectivity: the projection outwards of unconscious emotional impulses, so that the world is constantly interpreted as being a dangerous place. For some people, everything is ‘risk’ and nothing is ‘opportunity’. We all know those corporate environments where people spend more time covering their backs (getting everything triple-confirmed via email, for example, because to accept someone’s word on something is too dangerous) than actually working. This is also linked a deep repression, which is particularly prevalent in our society.

(9) 'Puritanical' prurience: exaggerated concern with sexual 'goings-on'. There is a tendency to treat working adults as children. The fact is, it really should not be the concern of upper management what the personal and private relations of two adults are; surely there are more direct concerns to be dealing with!

This is a list which is useful precisely to the degree to which we can measure ourselves along the nine axes. The point is: when we encounter these behaviours in force, few systems of support and explanation are going to help us deal with them. Better to move on if we can, or practise quiet resilience.

Next week, we discuss tools for personal development! Stay tuned to the series coming to a webpage near you!