Poetry and the Muses Part 2 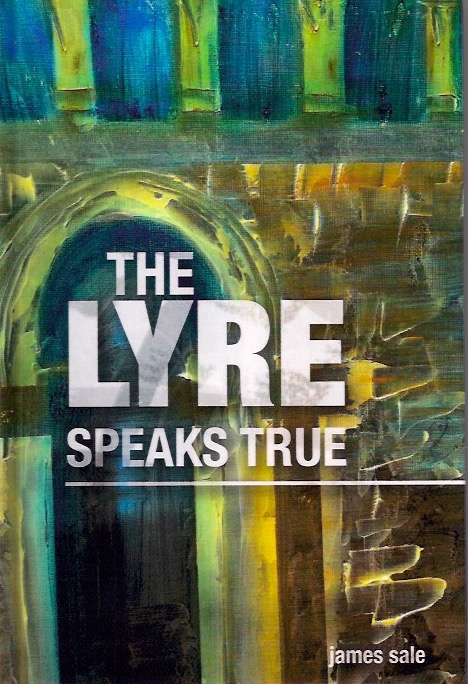 The Muses we understand from Part 1 of this article are the daughters of the future and the past, and more specifically of memory, light, truth and beauty; they are essential for the ‘good life’, and we understand as well that because they are goddesses, they cannot be summoned by human will, but they can be invoked by supplications, by readiness, by the human spirit or soul that is aligned with their purpose.

This takes us to a new and key observation: that everyone can be a poet if - IF - they can speak from their own true, authentic self, or what we used to call their soul; their core being. In her book ‘Poetry and Story Therapy’, Geri Giebel Chavis writes, “This experience left me with the strong belief that we are all poets when the true self finds its voice”. It is not easy to do this, and goes way beyond understanding or using the skills and techniques of poetry that poets so typically deploy. The reason it is so difficult is because, sadly, for most of us, most of the time, we speak as our false self-dictates. ‘Persona’ is a word meaning ‘mask’; it was used in Greek drama and from it we derive our concept of ‘personality’. But personality is too simple a word really, for we all seem to have, more accurately, personalities: multiple ‘persona’ or masks that we exhibit – or hide behind – to present our false or ego selves to the world.

We see this clearly when we consider how differently we act and behave in the different environments in which we find ourselves: as a son or daughter, as a sibling, as a parent, as a friend, as a co-worker, as a subordinate, as a boss, or down at the ‘club’, or in a sport’s situation, and so on. The mature personality can manage some consistency of being, but even in the best of us there is a mask – we project who we are rather than allowing our essential self, or soul, to manifest its own unique properties – unique, and thus original.

And this contaminates our language; nowhere more so than in writing poetry itself. Every generation seems to produce a ‘top fifty’ list of poets whom the media raves about, but which the next generation comes to realise are no poets at all, just clever versifiers, free versifiers, who tapped into the zeitgeist of contemporary values and ideas, and so were popular and seemed important. Occasionally 1 or 2 of that 50 get read 100 years hence, and often too, alarmingly often, 1 or 2 who nobody heard of at the time – e.g. Emily Dickinson or Gerard Manley Hopkins – get the recognition they were denied in their life time. Because – why? Because they spoke from the Muse and their poetry lives.

For the Muse - the poet’s Muse – if she can be invoked – in that timeless and abnormal present moment – transforms the soul of the poet so that he or she can speak directly from their soul, bypassing the masks, the ego. And here is the truth of the matter: the human soul itself is inherently pure, beautiful, truthful and eternal. Whatever the subject matter – no matter, as with Dante, if one is in the very pit of hell, or with Shakespeare in Macbeth’s castle – yet the soul speaking will render it beautiful and true (and we know post-modern poetry is not poetry since it confronts ‘reality’ and renders it uglier still – then pats itself on the back for being ‘realistic’!).

Such words as these, then, live forever; for they are inspired – breathed in – by a goddess. And I need a word here from Jung, lest I be thought to be some half-baked literalist in discussing these gods and goddesses: “We think we can congratulate ourselves on having already reached such a pinnacle of clarity, imagining that we have left all these phantasmal gods far behind. But what we have left behind are only verbal spectres, not the psychic facts that were responsible for the birth of the gods. We are still as much possessed today by autonomous psychic contents as if they were Olympians. Today they are called phobias, obsessions, and so forth; in a word, neurotic symptoms. The gods have become diseases; Zeus no longer rules Olympus but rather the solar plexus, and produces curious specimens for the doctor’s consulting room, or disorders the brains of politicians and journalists who unwittingly let loose psychic epidemics on the world.” So, how different this is in every way from the negative, structure-less, formless, ego-centric ideologies that inform poetry now – and have done so for about the last 100 years. But the results of these various ideologies are what is most notable: contemporary poetry which is not only mostly ugly, formless, ego-centric, self-referential, but critically, and most of all, mendacious. Mendacious in the sense that it wholly misrepresents the cosmos and creation; it relishes evil, absurdity, nihilism and pointlessness, and promotes these ideas and attitudes as sophisticated and good; and when stuck, facing all the massive evidence to the contrary, retreats into a total subjectivism, which shrugs its shoulders with as much as to say, ‘Well, that’s just your opinion’. They, of course, know better, and cannot see that such a position equally undermines their opinion. But the simplest anonymous folk song or some lyrics by Bob Dylan have more poetry in them than the combined weight of all the post-modernist poems of the last 30 years. How do we know? Because we’ll all go on reading and enjoying the former as long as our culture lasts; whereas the post-modern poetry is largely unread even now by the post-moderns – it contributes nothing to the ‘good life’.

It is, then, relatively easy to write such poetry and to fool oneself into thinking it is poetry. But it is much more difficult to speak from one’s authentic self. Most people at some point in their lives have tried to write poetry (and even still secretly do) but finally give up (or hide it in a desk or on a computer somewhere) because they realise or think that it’s no good. What they fail to realise (or wantonly don’t want to realise if they have gone over to the post-modernistic modes of writing) is that one doesn’t have to try to write poetry if one is speaking authentically – that is, from one’s self or soul. As GK Chesterton expressed it: “For I am one of those who think that the poet stands separate and supreme among men, in that simple fact that the poet can say exactly what he means, and that most men cannot”.

This is a paradox because, of course, the poet does say exactly what he or she means, but what that is he or she may not know in advance of saying it; for poetry is like ‘being’ – mysterious, wonderful, unlimited. Aldous Huxley noted: “The world is poetical intrinsically and what it means is simply itself. Its significance is the enormous mystery of its existence and of our awareness of its existence.” To speak, then, authentically requires submission, openness, and capacity – qualities which allow the Muse to enter, to generate the abnormal ‘present’ in which the words dance and a new cosmos of consciousness is created. Yes, a new cosmos of consciousness is created; the intrinsic likeness of mankind to God is in their creativity. The poet continues the creative act of God that began at the beginning; all humans do – or should – of course, and not only in the discipline of words; but that is the tragedy of humanity – the failure to be creative and to resort to destruction instead.

The theologian H.A. Williams expressed it thus: “There can be no Joy where there is no creativity because the absence of creativity is a denial of Joy at its source, that is, a denial of God the Creator. That means that we must all be poets if we are to be what God intends us to be – not, of course, poets as we now understand the word (very few of us can be that), but in its original sense of makers.”

In part 3 we will look at how poetry balances the mind, helps us heal, and leads to the magic of words. What is the most magical word in the English language? And why? Find out in Part 3. Learn, too, about the holy state we must enter to be poets.