Poetry and the Muses Part 1 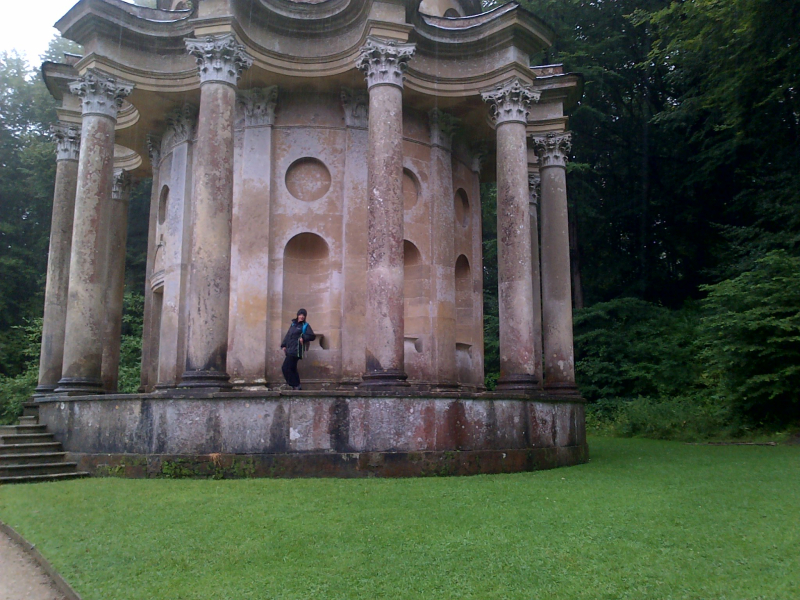 We live in a post-modernist world and its values are everywhere around us; and everywhere these values are almost largely unexamined, and because we have little to contrast our present state with we fail to see how lamentable and poor we are. There is a deep materialism running through society which deprives people of the hope, the creativity and the deep mystery of life. Indeed, on this latter point, we see this being hammered home all the time on the news; for when it is not going on about the latest wars, plagues and famines, is always emphasising how the frontiers of science are expanding, and how soon – someday, one day – all our problems, especially diseases and even mortality, will be solved as the next medical advance is posited as something we all might confidently place our faith in. If ‘making progress’ actually made progress, then there might be some grounds for optimism; but as, after nearly two centuries of science and technology, we seem to be on the verge of world destruction, this seems fanciful at best.

Of course, this phenomenon of materialism/progress is ubiquitous, but also encompasses that tiny domain which we call poetry. I say ‘tiny’ because that is what materialism, and associated atheism, has reduced the mighty empire of the poets to.  Compared with, say, science or technology, or even medicine, poetry has become largely irrelevant to most people’s lives. The best it can possible muster is either verse on a Valentine’s card or insincere worship at the shrine of William Shakespeare, one indisputably great poet. Naturally, we have to worship Shakespeare in England because he generates so much revenue for the UK economy – but, hush, no, don’t say it like that!

There is an important sense, then, that we have to return to basics and once more see the object for what it truly is. “The decline of literature indicates the decline of a nation”, said Goethe, which is a serious matter; and we need to address it because as he also said, "Reality is that which is effective". Whatever else, we need to be effective, which is to be real.

What, then, is the starting point? The starting point is the Muse, the source of all sublime inspiration, and a living reality, as well as a potent metaphor and symbol of divinity. We need to understand from the myths of the past where the Muse comes from and how she operates. The Greek myths give various accounts of this, so I am not wedded to one literal interpretation of this phenomenon, but here is my best shot so far at it.

In the beginning the sky god Zeus, the thunderbolt, the male principle of living and active energy, the yang, and the one who shapes the future, for by the will of Zeus all things are allowed – or not – and who defeated the Titans and the forces of chaos, this great god in some present moment coupled with Mnemosyne, the undefeated Titaness, the female principle, the yin, and goddess memory, who in her vast and capacious mind conserves all things, for in her womb nothing is lost, for the past is remembered, which is re-membered. This coupling  (effectively of the male principle of strength and the female principle of beauty) gives birth to the nine Muses, who are the key to the good life: prosperity, friendship and beauty. Notice of course that they are female, and thus incarnations of  beauty and so desirability, and this seduces us or we surrender to them. And we see, regarding the good life, this even etymologically in our language when we refer to various aspects of the ‘good life’: we love muse-ums, which are shrines to the Muse; we love friends who a-muse us, because laughter makes us glad; and we love mus-ic, because it speaks to our souls.

Each of the nine Muses has a special function, but the queen of them is Kalliope, she of the epic poem and ‘lovely voice’; she it is who inspires such undertakings. And there is my favourite, Erato, meaning ‘loveliness, who inspires lyric poetry; and let’s not forget Polyhymnia – she of many songs, especially of a spiritual nature. The other six are well worth exploring too.

But it should be clear from this that the Muse operates in some special place positioned exactly midway between the future that is to be and the past that was; we call this place the present. And it is why true creativity, true poetry, is always written in a semi-tranced out state, for one is abnormally in the present moment. What this means is that – as with deep meditators and hypnogogic states – time either stops or is slowed down and we enter another reality. Hence, too, why prophets and poets are often seen as synonymous: because time has slowed to a crawl it is possible to anticipate the future and redefine the past. It is not that poets are seeking to be prophets or historians (incidentally, Kleio is the  Muse of history or ‘Renown”) but that it is entirely possible and even probable for the future or the past to leak into their work.

This state we enter is so powerful, so desirable, so creative that we all long to be able to switch it on at will, but in this world that is not possible. Because it is not possible, we have a history of poets (and other artists) who try to short-circuit the process and get there illegitimately through substance abuse. The most famous collective example in English literature were probably a handful of the Romantics; but this view that, basically debauching the mind, is necessary for creativity is unfortunately still with us in the lives of so many Twentieth century poets: for example, Dylan Thomas, who the New York coroner recorded as dying of ‘a severe insult to the brain’ (alcohol). The point is that it is not by and through the will that creativity – poetry – comes to be written, which is as much as to say that it is not through the ego. Socrates put it this way: “I soon realised that poets do not compose their poems with real knowledge, but by inborn talent and inspiration, like seers and prophets who also say many things without any understanding of what they say”. And his last point here, too, is important: creativity involves not knowing necessarily what one is going to say. We have intentions to write – and that is good – and we have skills, knowledge and experience – and that is good too, but how will the Muse, if we allow her, inform the work? Poets often record their astonishment at what the final draft of the poem turned out to be; there is in true creativity a certain unpredictability (if ‘certain unpredictability’ isn’t an oxymoron!).  As Natalie Rogers says, "Creativity is not a tool. It is a mystery that you enter; an unfolding; an opening process".

But the myth does not end here. Yes, the Muses are the embodiments and sponsors of metrical speech and verse; and also Kalliope, their queen, is the mother of Orpheus, the greatest poet. And the father? Various legends here, but my preferred one is that the god Apollo fathered Orpheus. Indeed, it needs to be said that Apollo, the son of Zeus, increasingly became the surrogate god who often replaced him. So that many claim that it was he who fathered the Muses, and so would be father and grandfather both to Orpheus; but this is a small technicality and even if true does not affect the power of the lineage, since gods do not experience the genetic weakness of humans. What’s important to understand is that Apollo was the god of the sun, of light, of prophecy –and so of truth (as in his Oracle at Pythia or Delphi) – and of beauty. All the statues of Apollo show him young and perfectly proportioned. He also fathered Aesculapius whose powers of healing were so effective that even the dead could be resurrected by him; and so, after Hades complained, was struck dead by a thunderbolt from Zeus to prevent the undoing of the triple structure of the cosmos (the bargain the three brothers, Zeus, Poseidon, and Hades had struck when they defeated their father, Kronos).

But here’s the thing: Orpheus the poet demonstrated what poetry can do. His poetry, his music, made even the rocks – who obviously have stony hearts! – weep. Two incidents especially spring to mind. First, his visit to hell and Hades in order to reclaim his love, Eurydice. This ended in failure in that he did not manage to obtain her; but poetry and music charmed all of hell, and even the damned were relieved from their suffering as he sang his poem. It is said that Hades himself shed, for the first and only time, tears as he listened to Orpheus sing: tears that seemed like liquid tar. And then, of course, he was one of the Argonauts who sailed with Jason.  There, where even the strength of the greatest hero of Greek mythology, Herakles, could not prevail – against the Sirens’ song, which no force in the universe could break – there he sang in direct combat against them and drowned out their false addictive charm. What we have here is the beauty of poetry that can heal and save, even from the worst and most intense addictions; for that is what the Sirens’ song represents – that dreadful, yet beguiling sound, that so draws us on to our own destruction, though we know it is false, yet still we crave it. This, then, is the healing power of beauty, of poetry, when poetry is beautiful, as once it was, and as it will be, for it cannot long be other than it is.

Thus we come to the present moment and its learning for us. Part 2 of this article will continue this narrative.