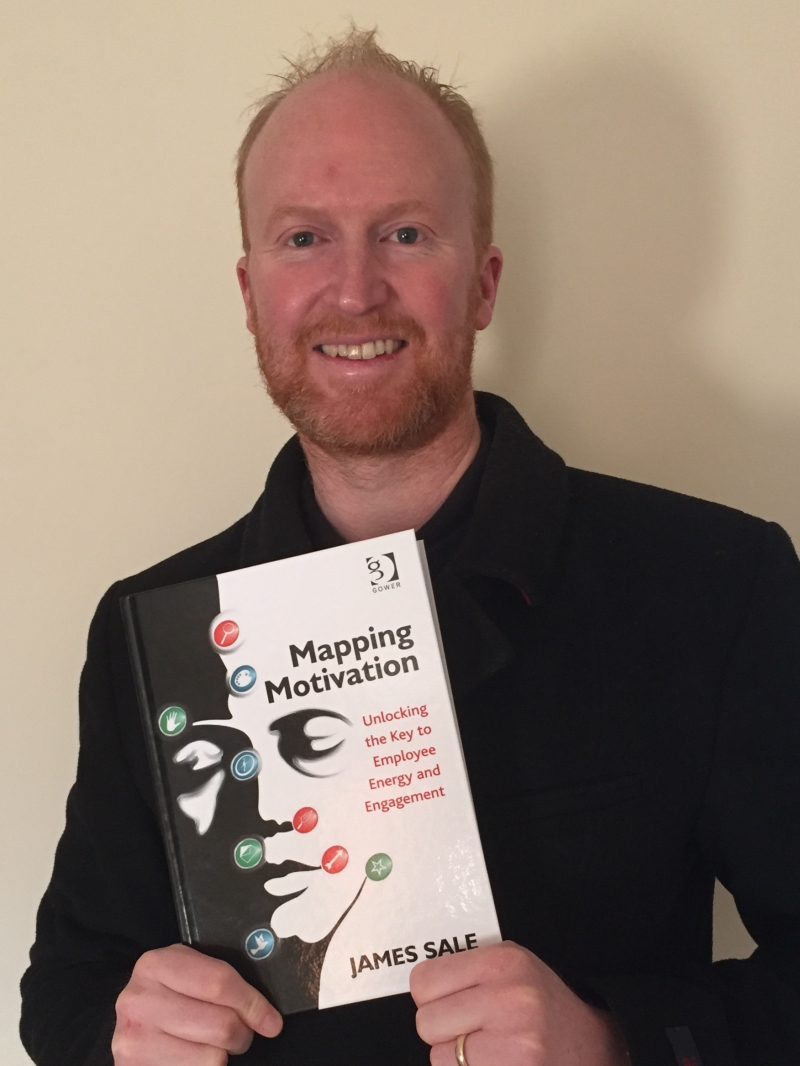 Recently I published a blog based in my Gower/Routledge book, Mapping Motivation (http://amzn.to/2eqdSQq) which was published earlier this year. The idea was to take an extract from the first chapter and expand it; the book provides much more detail and analysis, but given that the kind of people who follow me and read my stuff are the kind who like deep expertise, I wanted to add even more to the book content, so that it would drive more people to read the book and talk about its ideas. On that principle then I’d like to repeat that exercise but now to address a paragraph in chapter 2.

“Arvey (Arvey, R. D., Bouchard, T. J., Segal, N. L., & Abraham, L. M.. Job satisfaction: Environmental and genetic components. Journal Of Applied Psychology) put job satisfaction (which is effectively motivational satisfaction) down to 70% environmental factors, and so only 30% to genetic influences; these are approximate figures but it would seem reasonable, therefore, to assume that the personality probably accounts for about 30% of an individual’s motivation, and the self-concept and their expectations the remaining 70%. This is a good working assumption to make (and not least because it means we are not determined wholly by our genes – a belief itself that has important ramifications) but it needs also to be borne in mind that for some people these numbers will look wildly different. For example, the kind of person who has never engaged in any personal development or serious introspection, who has hardly been exposed to positive life experiences and success, is likely to be far more motivated by the raw components of their personality than by their developing self-concept and their advancing expectations. In such a situation the attitudes as well as the motivations of the individual are likely to be ‘locked’, or fixed, and they will experience change as threatening and difficult.” [from Chapter Two of Mapping Motivation: James Sale, Routledge, [ http://bit.ly/2ep0dxJ ]

This is in my view a fascinating paragraph simply in terms of the concepts that it addresses, or even touches on and fails to address further. The ‘good working assumption’, for example, has, as the content in brackets suggests, ‘important ramifications’. That is a profound understatement; it would have gone way beyond the scope of the book to explore this issue in detail, but I am of the opinion that the well-being of the world hinges on this ‘working assumption’, and that this assumption is always under threat one way or another. Indeed, it is a critical philosophical issue.

What, then, am I saying? The book, Mapping Motivation, makes the case that motivation derives from three primary sources in the human psyche: one, personality; two, the self-concept; and three, our expectations. It outlines briefly what these three sources are, and notes that whereas personality is a ‘given’ – something determined at birth, in the genetic code as it were – the other two areas are primarily forms of belief, which are malleable. Human beings can change their beliefs; this is not always easy but it is possible. Further, citing the similarity of Arvey’s research to the motivational situation, the proportion of the ‘fixed’ to the ‘fluid’ aspect of motivation is probably about 30:70. And what this means is that people are not determined by their personality – or even their genes for that matter. That there is a sort of built-in indeterminacy; that people can choose their futures. For here is the important point: if people are ‘determined’, then the net result is to become ‘pre-determined’. In other words, ‘we can’t help it – it’s just the way I am’; and ultimately this leads to a weakening of personal self-responsibility and accountability.

Why is this important? Because we note in history that the rise of such a philosophy (in politics and religion) always leads to extremism, oppression, and the destruction of democracy as oligarchs and fascists scramble for control. Two examples of this will suffice: the rise of Calvinism in the Sixteenth Century and its notion of the Elect. God had predestined some to salvation and others to hell, and there was nothing one – you – could do it about it. The doom and gloom and devastating oppression of having a belief system like this still haunts us to the present day where there are residual cult groups still practising it. Incidentally, of course, believing you are one of the Elect inevitably leads to a personal sense of superiority, and the ‘club’ effect: are you one of us or not?

In the political field one is spoilt for choice. But a great one would be communism in the whole of the Twentieth Century. A core communist belief is that history is some sort of inevitable ‘progress’ to some workers’ utopia: determinism completely underwrites the whole project and of course can be attractive to the weak-minded since it would appear – if oe believes it – that one must be on the winning side, since the destruction of capitalism is inevitable.

Another word for this, then, is fatalism. It’s like believing in the kind of astrology that says it’s all in the stars and nothing you can do can prevent or affect the final result. It can start off with something small – like thinking that as you are a Scorpio only a Piscean partner will do – and before you know where you are you have embraced fatalism lock, stock and barrel. And the problem is the more we become fatalistic, the more we devalue life and its opportunities; the more we box ourselves into our limited beliefs; the more we become less in fact.

Thus, and if for no another reason, the chapter on the origins of motivation is important because it is flying the flag for human freedom, which is always under assault.  Don’t you just hate it when – given that as business people we all like marketing – some marketer thinks that using their formulaic presentation you are bound to buy the product. At those moments don’t you just want to be free? It was William James, the great American psychologist, who said: “My first act of free will shall be to believe in free will”. This is the paradox: we are free but our own beliefs can subtract our own freedom from us. So what we believe is of vital importance and we must be constantly vigilant to ensure that we are.

Motivational Maps – and by implication my book, Mapping Motivation – are then on the side of freedom; and the fact that we insist motivation changes over time means that we do not fall into the stereotyping trap of so many psychometrics. The trap in which you hear people justifying their bad behavior on the basis that it is ‘who they are’, their personality,  which is fixed. It’s a great thought to think that in its own small way our product is fighting for freedom in this world!

Simply best book I've read in years. It changed my life, my personal and working relationships just from learning the keys to the 9 motivators. Simply brilliant!

Thanks Sylvie - much appreciated!